The right rear endplate of Pierre Gasly’s car was lost after the Frenchman was hit early in the race by his teammate Yuki Tsunoda, with both drivers spinning off the track after the contact.

Gasly retired soon afterwards due to the wing issue, while Tsunoda finished 14th with damage to his own car.

The Gasly endplate subsequently became lodged under the RB18 of race leader Verstappen, affecting its handling so badly that the Dutchman initially thought he had a puncture. He eventually dropped back to seventh place.

Red Bull only discovered after the race that the endplate was stuck in the floor and disturbing the airflow, and that it originated from AlphaTauri. A picture later emerged of a smiling Verstappen holding the item in a debrief.

As part of the FIA financial regulations, teams have to account for all parts they use and thus the Dutchman was not able to keep it as a souvenir.

Asked by Autosport if Red Bull had returned it, AlphaTauri technical director Jody Egginton said: “Yes, they have. They've given us our endplate back. I mean, obviously, it's on our UIIL [Used Inventory Incremental List] and not on theirs. So we need it back.” 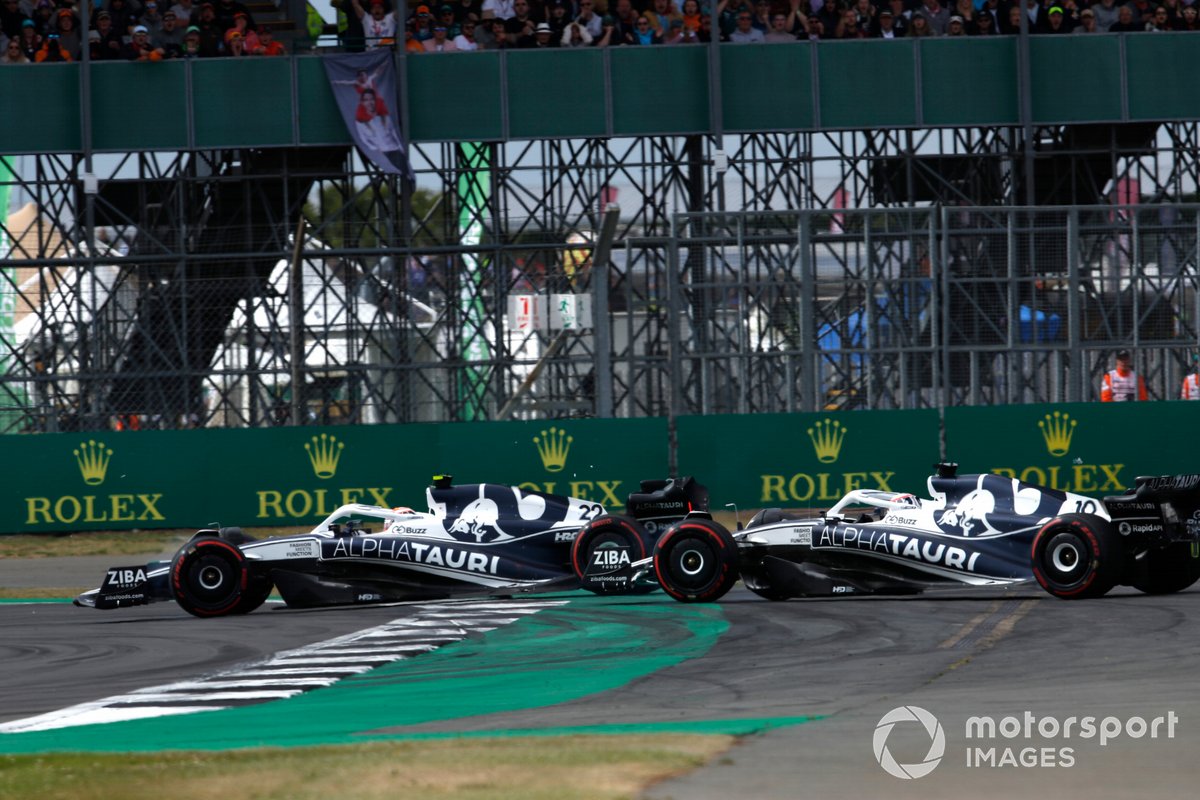 Egginton acknowledged the unfortunate coincidence of it being picked up by a car from the sister team.

“Sometimes these things snowball don’t they? The odds of it are slim, but it's happened and unfortunately, it's had an impact on Max's race. And I'm sorry about that, and then they've given it back.

Asked what the team was planning to do with it, he said: “I don't know. There's a few places we could stuff it, but I wouldn't want to comment…”

Egginton confirmed that along with Red Bull motorsport chief Helmut Marko and team boss Franz Tost the AlphaTauri’s engineering team had also made it clear to Tsunoda that there can be no repeat of the Gasly clash.

“There's been the discussions with Franz and Helmut, which are obviously well-publicised,” he said. “And then as an engineering group, we've sat down and said this is what we need to do.

“But from our side, it's more about, sitting down, discussing it objectively, and highlighting what we need, what we want, and how we want to achieve it. So, there's some different discussions.

“I'm not privy to the discussion that happen at team principal level. But on a technical level, as a young driver, we will sit down and discuss it as engineers and say, this is what we need to avoid. And this is what we want to achieve.”