The jet-fighter style design wraps around the driver's helmet and has two pillars on the side, rather than a central pillar like the halo.

"We're doing a lot of work on it as we believe it is a better solution," Red Bull team boss Christian Horner told Autosport.

"We're aiming to test it on a demo car prior to the end of April.

"So long as it can satisfy the FIA criteria-wise, we believe it can be a better solution to what is currently being offered.

"We believe it can be achieved in the timeframe [needed for 2017], and then it's a choice for the FIA to make.

"I believe it's a more elegant, potentially safer solution than what we have seen so far.

"Let's see what reaction it gains from others."

On Friday, FIA race director Charlie Whiting said the halo is on course to be introduced for the 2017 season.

When asked about the Red Bull device he said: "It is considerably further behind in development, it's never been tested, but it could offer additional protection.

"I have got my doubts as to whether it could actually be implemented for 2017, whereas I think the halo could."

Whiting added that he does not think the FIA would delay introducing the halo next season if another idea was emerging.

"If we're going for these new racing cars which are supposed to look futuristic, go for a jet fighter solution. 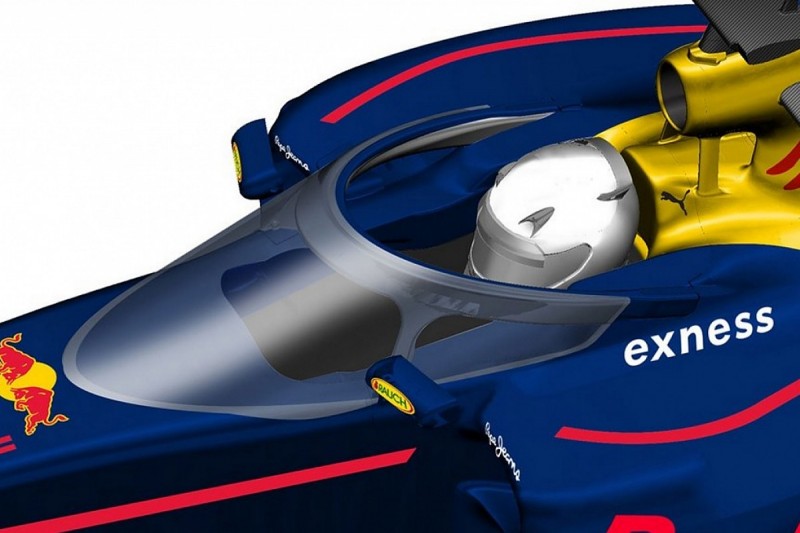 "That's exciting but you then have to worry about water and condensation so it's still a work in progress.

"I've seen both proposals, they are still in conceptual stage with the FIA Institute and it will come down to the one which provides the most safety for the drivers.

"Until we know that, I'm in total support for whichever concept works best."

Felipe Massa, though, said he was not impressed by the Red Bull version and said the visibility could be worse.

"Maybe people say the halo is not nice, maybe they prefer without.

"The image I saw of the Red Bull, with two thing [pillars] on the side, that's where we are always looking.

"So maybe the visibility would be even worse. And it looks like a buggy.

"If it's for the safety I agree we need to use it, but we need to understand things that are not affecting the visibility of the driver as well.

"Plus with the window in front, how is it going to be with cooling?

"There are many other things around that we need to understand."