Christian Horner says no decision has yet been made regarding Red Bull joining forces with Porsche for its 2026 Formula 1 power unit programme.

Horner has made it clear that Red Bull doesn’t need Porsche to finance its power unit project, and that if the deal doesn’t happen the new engine could simply run under the Red Bull name, or that of any other manufacturer willing to pay to badge it.

He also downplayed suggestions that Red Bull could still be running with Honda power under the new regulations.

On Thursday, Audi announced that it has registered with the FIA as an engine supplier for 2026, although it gave no details of its plan to eventually take over and rebrand the Sauber team.

However, there has also been no word from fellow Volkswagen Group brand Porsche, or any indication of a timeline for its decision on a return to F1 for the first time since 1991.

Meanwhile, Red Bull is pushing on with development of its bespoke 2026 power unit at its new Powertrains division in Milton Keynes.

The provisional plan is for Porsche to became a shareholder in the operation and for the power unit to carry the Stuttgart manufacturer’s name in what in effect will be a marketing arrangement, with only a small number of Porsche engineers eventually working at Red Bull's facility.

However, the deal has not yet be finalised, despite the regulations being agreed and published by the FIA.

Sources indicated that there is still a debate about key matters such as future shareholdings and voting rights, while an impending Porsche initial public offering is also a complication in terms of finalising any arrangements. 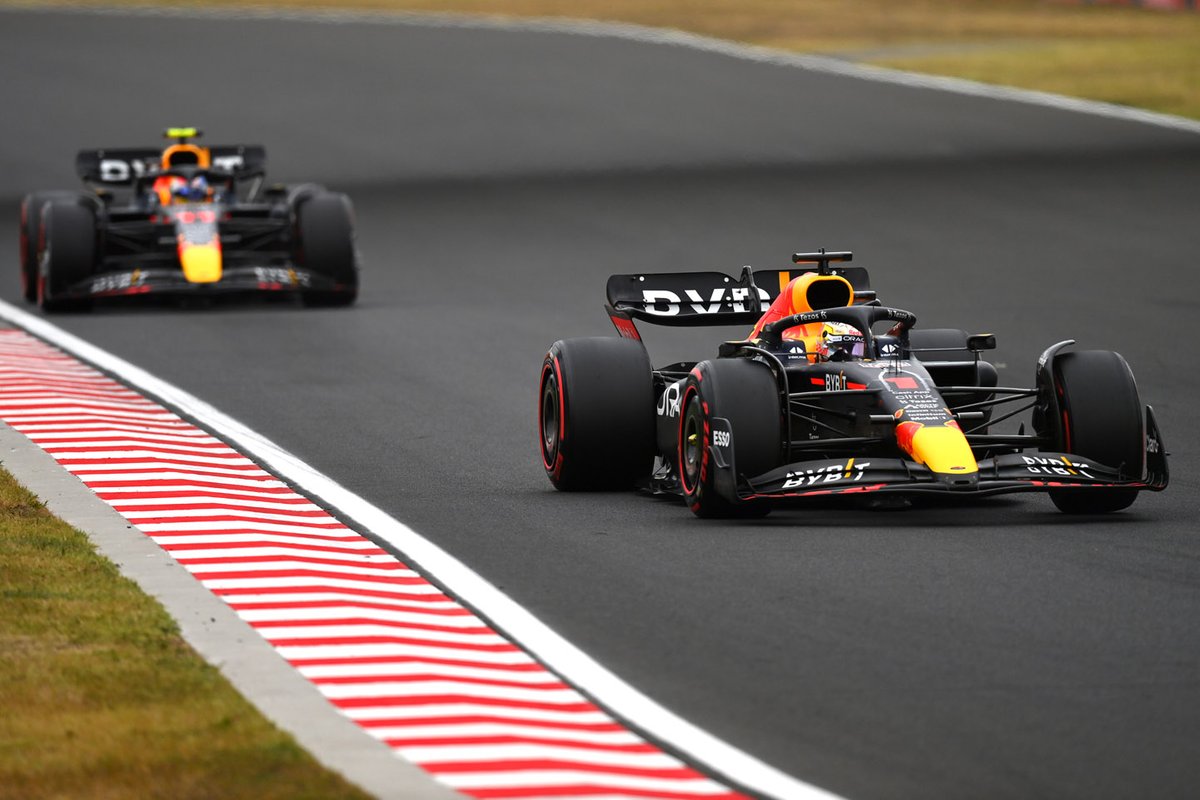 More intriguingly, there have been suggestions that some in the Red Bull camp would prefer to stick with Honda for the long term.

Although Honda officially pulled out of F1 at the end of last season, it agreed to supply Red Bull and AlphaTauri with the current engine under the development freeze until the end of 2025.

However, Honda’s management has also indicated that it is considering a full return under the 2026 regulations with a new power unit.

The obvious problem is that if Red Bull is committed to Porsche then Honda will have to look elsewhere for a partner team, with Williams one of the few obvious options, given that a return to McLaren would be impossible.

In theory, Red Bull and AlphaTauri could run with different engine manufacturers, although that clashes with the company philosophy of sharing technology such as gearboxes across its two teams, and is unlikely to be pursued.

A badging collaboration between Honda and Red Bull Powertrains also seems unlikely given that Honda has always pursued its own development in Japan, justifying it in part as a training ground for engineers.

On the other hand, Honda withdrew from F1 ostensibly to focus its engineers on new road car technologies, and pursuing F1 R&D in partnership with the Red Bull operation in the UK could be seen to gel with the original decision.

Porsche meanwhile has no Plan B in terms of creating its own power unit if it does not back the Red Bull project. Should it wish to join forces with another team, such as McLaren or Williams, it would have to badge the Audi engine.

Horner stressed that with or without Porsche support Red Bull is fully committed to its own power unit programme, having already recruited 300 staff of an eventual total of up to 450, and that what badge the new engine ultimately carries is not relevant.

“Obviously, we're pushing ahead with Red Bull Powertrains,” said Horner when asked about the situation by Autosport. “They fired up the first engine prior to the summer break. 2026 is still a while away.

“We have plenty of time, and of course, strategically, we will have to do what's right for the team and for the company. And obviously that's between the shareholders. And there's constructive discussion ongoing discussions obviously with Porsche.” 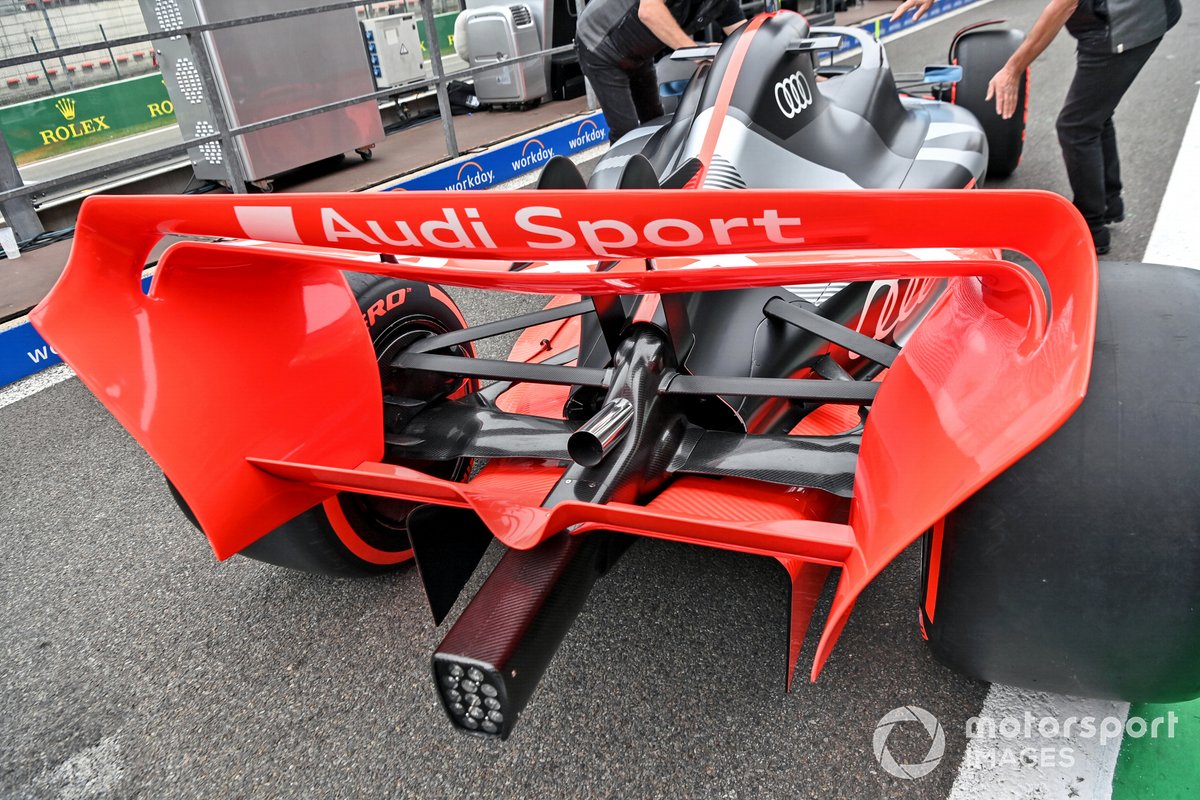 Asked if Red Bull might stay with Honda, he said: “I think that for 2026, nothing is fixed. I mean, obviously, Red Bull Powertrains is established, we have more than 300 people recruited. So, that is our path.”

Horner indicated that because the Red Bull Powertrains project is already underway there is no urgency to finalise what name will be on the cam covers, whereas Audi had to make a public commitment to its own programmes.

“Yeah, we don't have time pressure. Because '26 is still three and a bit years away. So we don't need to be in a rush. And therefore, obviously, constructive discussions are ongoing.”

In theory, manufacturers have to notify the FIA of their intention to be a PU supplier for 2026 and pay a fee by 15th October, in order to have the right to vote on any future rule changes, although it’s understood that the date is now under discussion between the governing body and the existing manufacturers.

Regarding the October deadline, Horner noted: “There is a date. But that doesn't preclude a deal being done after the 15th. So Red Bull Powertrains will be supplying two teams in 2026.”

Horner downplayed the suggestion that there’s a debate within the Red Bull camp over what route to take.

“Well, no, because it fundamentally won't change anything, because the way that the company is constructed, we have Red Bull Powertrains that will be producing an engine for 2026.

“And the whole purpose for that was to have an integrated solution between engine and chassis to bring it all under one roof, being the only team other than Ferrari. So that is the absolute clear plan.”

Asked if the Red Bull Powertrains project could ultimately be badged as Honda or become a collaboration with the Japanese manufacturer, he said: “At the moment we are very much focused on our own project. And obviously, there's a great deal of speculation.

“It's great that there's manufacturers that are interested in coming into the sport, or remaining in the sport, but Red Bull Powertrains, it's made the commitment, we have the facility, we have the dynos, we have the capability, we recruited some of the best talent in F1. And we believe we're in a very healthy place for the future.”