Red Bull chief engineer Paul Monaghan says the team is willing to evolve the characteristics of the RB18 to ensure its competitiveness over the full Formula 1 season.

Red Bull and main rival Ferrari have been closely matched at most venues so far in 2022, despite their respective cars usually showing strengths in different areas of circuits.

The RB18 has generally demonstrated good straightline speed while running a low drag set-up, while the F1-75 has been strong in slow corners.

However, Monaghan says his team is not averse to developing the car in a different direction to suit a variety of tracks.

“We're learning to evolve our programme and our lap time,” said Monaghan. “And it's relative to those guys. We can look at what the Ferrari is good and bad at. And I think it would be naive of us not to.

“They tend to be quite strong [at] low speed. And then we tend to be better in other areas of the circuit. And there's a big visual clue if you look occasionally as to how we've achieved our lap time and they have achieved theirs.

“Are they stuck in that pattern? I don't know. Are we stuck in ours? No, not at all. We are open-minded to change.

“And if you stand still in this sport, you can often be left behind, so if we don't look and learn and reconsider that would be a little bit presumptuous of us.” 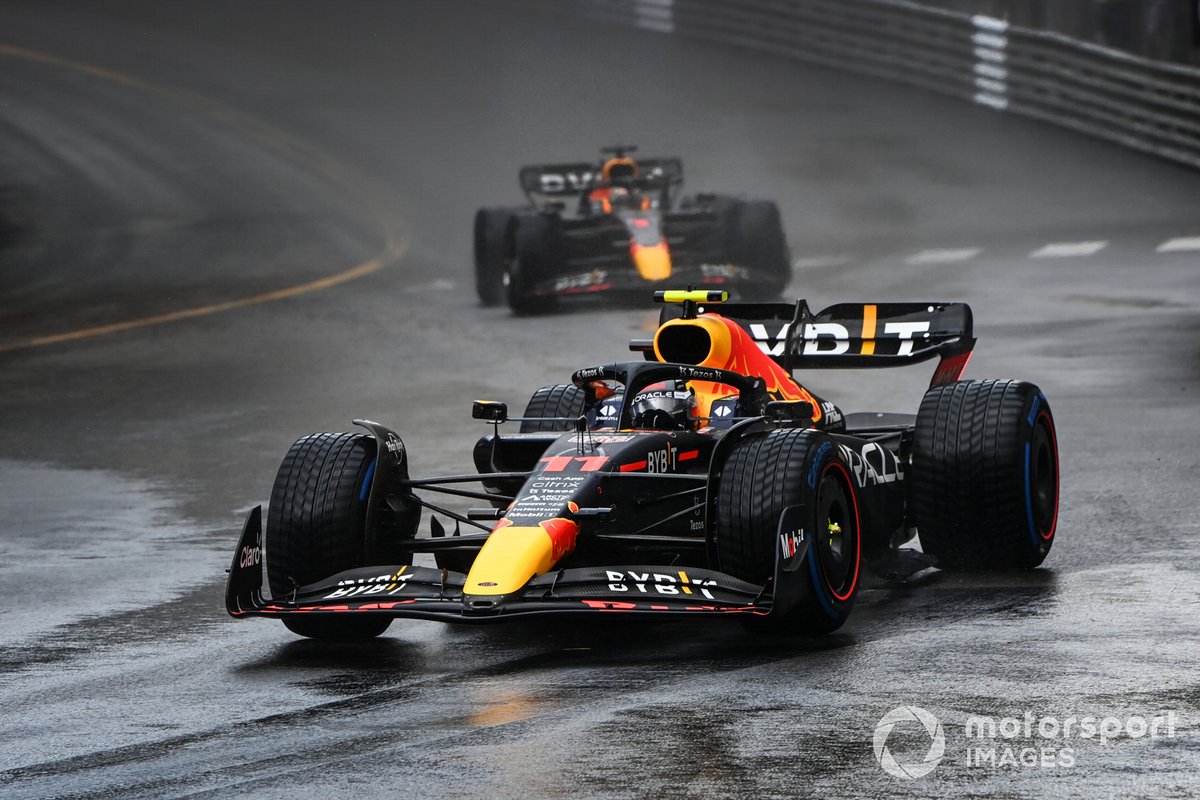 Looking at some of the circuits coming up, Monaghan highlighted how downforce and drag packages might compare.

“On Hungary, I expect there'll be a convergence again, but that's track nature and how we best exploit our lap time, isn't it?

“So at the moment, I'd say we've got our trade reasonably good. But come [the final race in] Abu Dhabi we might have got it right or wrong.”

Monaghan acknowledged that the two teams were very closely matched in Monaco, where Ferrari took pole but Red Bull wasn’t far behind in qualifying and ultimately won the race.

“It's always going to be a slightly subjective view on how or what your opposition's relative pace is,” he said. “I think it would be a bit naive of us to think Ferrari were going to sort of drop the ball here.

“And I would hope that they would view us in the same way, as we're confident enough to come here with a decent car. It looks like both teams kind of achieved their objective, and I would argue over the order, but they probably wouldn't.

“So I think once you've got a strong car, then you shouldn't come to this circuit particularly fearing it. Some of this circuit's characteristics, and I'm going to have to leave you to extrapolate to what we really mean, might amplify, some car's problems and quell others, but that's for each and every team to do their own work on that one.

“And it's perhaps ill of me to even offer a judgment. And I certainly wouldn't offer an objective in subjective assessment of how the others approached it, what their strengths and weaknesses are.

“It's enough on your plate to try and keep your car evolving, and exploiting it to its full potential.”

Are you a LEGO® Master? Win a LEGO® Technic McLaren F1 Car