Verstappen has scored more points than any other driver at the four most recent grands prix, and Mercedes boss Toto Wolff said at the Hungarian Grand Prix that form had made the 21-year-old a title threat.

"Lewis has close to a three-race [win's worth of points] advantage with nine races to go, so he would have to not turn up for three races," said Horner, when asked by Autosport about his team's championship prospects.

"It is hugely unlikely. They [Mercedes] would have to fuck up by gargantuan proportions not to win this championship.

"I think our target in the second half of the year is very much to close that gap.

"And as we get more performance on the car as Honda continues to make progress, this is very much a building year as we transition into 2020." 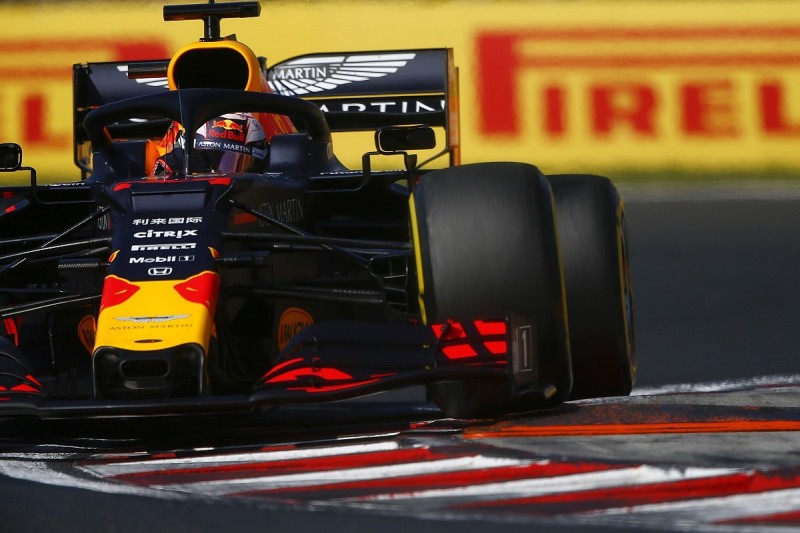 Horner said Red Bull's progress with its car has been rapid since an update introduced at the Austrian Grand Prix helped improve the car's balance, giving its drivers more confidence after a tricky start to the campaign.

"I think that the regulation change over the winter definitely did hurt us with the way we worked the front wing," said Horner.

"Of course, that was combined with a tyre construction change as well, and those two elements hit us quite hard on the chassis side over the winter.

"But I think definitely we have made really good progress there in the last few months and hopefully with the development we see in the second half of the year, we have got a good vein of development that should continue to develop that."