With Max Verstappen having already secured his second drivers’ crown at Suzuka, the Milton Keynes team finally won the constructors’ version in Austin, ending an eight-year run by Mercedes since the new power unit rules were introduced in 2014.

The success came just a day after the team was rocked by news of the death of Red Bull owner Dietrich Mateschitz.

Prior to the race the Austrian was remembered on the grid with a round of applause, with past Red Bull drivers also joining in.

“It's been a hugely emotional weekend,” said Horner when asked by Autosport what it meant to take the title in such circumstances.

“When we learned the news yesterday of Dietrich's passing it was very emotional for the whole team, because he was such a giant of a man, and he's done so much, not just for Red Bull Racing, but for F1.

“We felt determined to go out and really honour him in a way that would make him proud.

"So there were no black armbands, there was no minute's silence, there was the embodiment of celebrating him. And the best way to do that, obviously, was the performance on circuit. 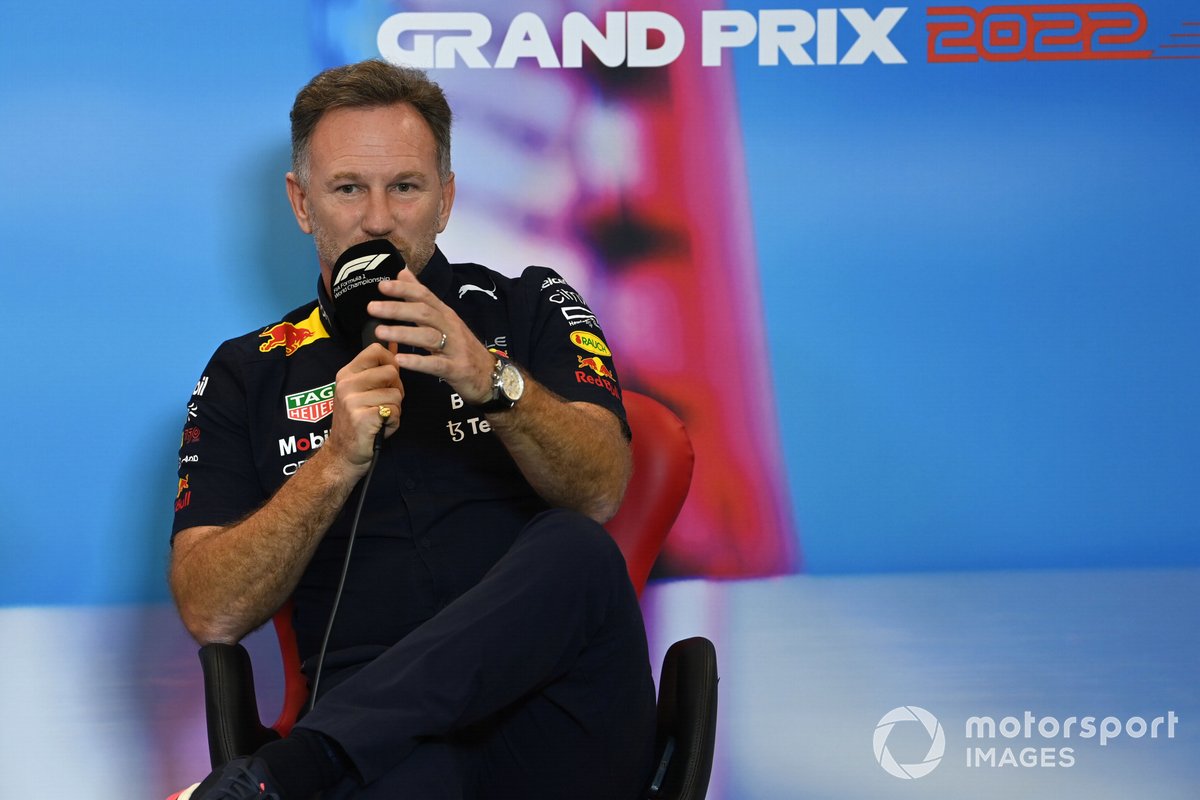 “And we've done that, and that is testimony to the hard work of all of our staff, the contribution of all of our partners, our suppliers.

“And just the spirit that he embodied, that runs throughout all of Red Bull, that has enabled us to achieve what many people would have thought would be impossible.”

Horner praised the harmony of the Red Bull team, which allowed it to to do "an incredible job this year in very difficult circumstance".

“I think that the way the team has worked to get together collectively as a group,” he said when asked why the team had outrun Ferrari.

“The way that they've supported each other operationally, development-wise, trackside throughout the entire business, and you need every single department doing and playing its role to win a constructors’ world championship, and that's exactly what we've had.

“I think that we came very late on to this car, it was heavy at the start of the year, we managed to get a little bit of weight out of it. And with that, we managed to achieve a balance that helps.

"And I think the team has done an incredible job this year, in very difficult circumstances.”

Why Hamilton could be wrong: Mercedes 2022 F1 win chances aren’t over