Mercedes debuted DAS - an innovative steering solution allowing the drivers to adjust the toe angle of the car from the cockpit - in pre-season testing, sparking intrigue in the paddock.

Many of Mercedes' rivals were known to be questioning the legality of the system, while Red Bull was understood to be planning a protest in Australia prior to the race being cancelled.

Red Bull team principal Christian Horner confirmed earlier today he was seeking clarification from the FIA over DAS, but remained coy on whether the team would lodge a formal protest.

The FIA has now confirmed that a formal protest has been lodged by Red Bull against both Mercedes cars driven by Lewis Hamilton and Valtteri Bottas in practice on Friday at the Red Bull Ring.

Both drivers were seen to be using DAS on their cars through practice as Mercedes swept to a 1-2 finish in both sessions.

Mercedes and Red Bull will meet with the FIA stewards in Austria at 7:10pm local time on Friday. 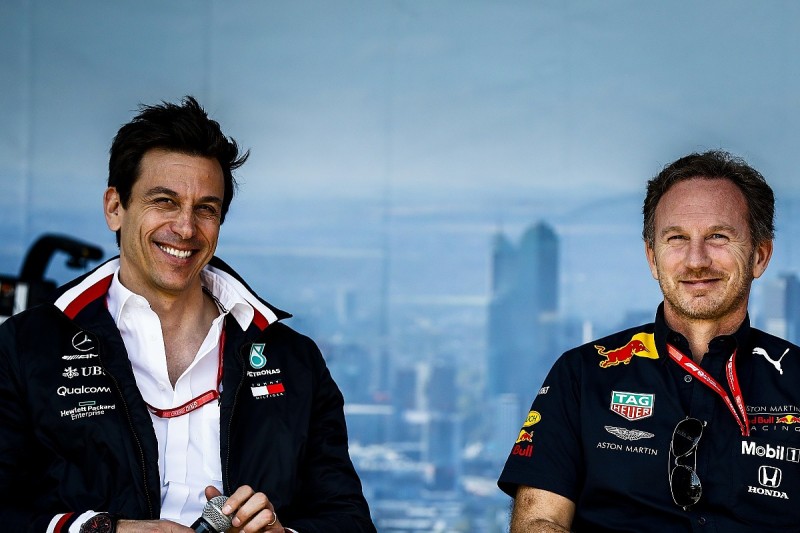 The stewards' ruling cites an alleged breach of Articles 3.8 and 10.2.3 of the technical regulations, with the latter being the expected grounds of protest relating to the suspension of the car.

Article 10.2.3 states that "no adjustment may be made to any suspension system while the car is in motion".

DAS has already been outlawed for the 2021 season under the planned technical regulations.

Racing Point can't get "too excited" at practice pace - Perez