Red Bull team boss Christian Horner thinks that Formula 1’s tweaked floor rules for 2023 are being pushed for just so a "certain team" can benefit.

The FIA announced last week that it planned to introduce a raft of measures for next year aimed at eradicating the porpoising problems that some teams have suffered from.

These included a raising of the floor edges and diffuser throat - something that will have a big impact on car designs.

But its actions have not gone down well in the paddock, with at least five teams understood to be unhappy about what has been proposed.

Some outfits are now putting pressure on FIA president Mohammed Ben Sulayem to water down the initial proposals and come up with a compromise solution that will not require a fundamental floor rethink.

While the FIA is insistent that its actions are necessary on safety grounds, Horner is much more sceptical about the situation – and reckons that momentum behind changes is being triggered by Mercedes, which has struggled with porpoising for much of the season.

Speaking to Sky, Horner said that planned changes to be introduced at the Belgian Grand Prix, which include a flexi-floor clampdown, were of no concern to his team.

But he was adamant that it was wrong for the FIA to push forward with the kind of expansive floor changes it has proposed for 2023.

“I think the problem is what they’re looking at as a remedy for next year,” he said.

“The directive [for Spa], it’s neither here nor there for us. I think there’s an awful lot of lobbying to change the regulations significantly for next year so a certain team can run its car lower and benefit from that concept. 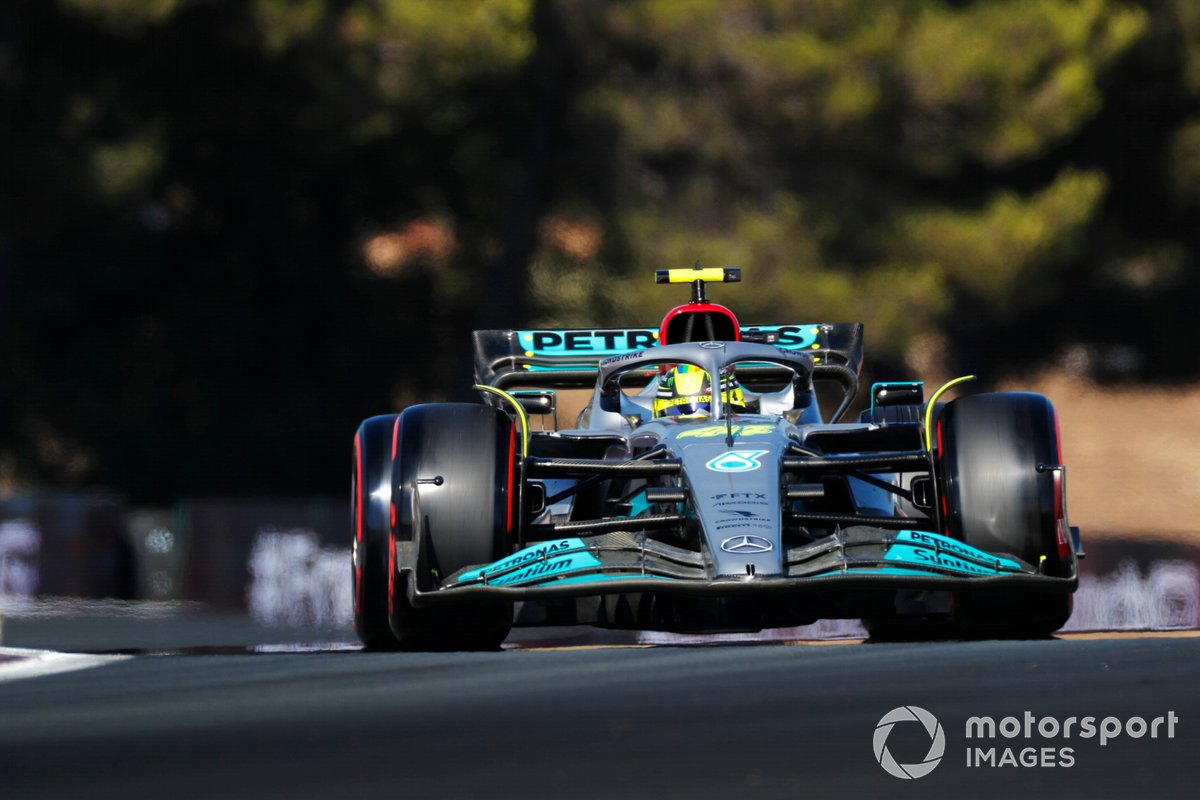 Mercedes has struggled with porpoising this year

“It’s a very late point in the year to be doing this. I think the president is doing the right thing, he’s collating all of the information, and hopefully a sensible solution can be found. Because it’s too late in the day for fundamental regulation changes, which something like that would be.”

Horner believes the FIA’s intervention goes too far because Mercedes can dial out any excessive bouncing by simply raising its rideheight.

“Just run the car higher: it’s easy,” added Horner. “We haven’t had a problem all year. There’s only one team that’s had a big problem.

“We’ve got some of the most talented engineers in the world in this sport, and I can almost guarantee you, if we come back next year, there would probably be no cars with issues.

“With the last few races, it’s looked OK. Here it looks OK. So I think what we don’t want to do is knee-jerk into an overreaction that could have fundamental impacts on next year’s cars.”