Red Bull believes the Honda engine has the potential to be at Renault's level by the end of the 2018 Formula 1 season, heightening speculation over a '19 supplier switch

Sister team Toro Rosso has enjoyed an encouraging start to its new relationship with Honda, with a trouble-free pre-season testing programme.

Though Honda's current specification still has a power deficit to its rivals, sources have suggested that the gap to Renault could be as little as 15bhp heading into this weekend's season-opening Australian Grand Prix.

With further developments planned by Honda, Red Bull motorsport advisor Helmut Marko suggested there could be little to choose between Red Bull and Toro Rosso's engines by the end of 2018.

"The engine is very light and now the reliability is there. They speak of continuous performance improvements.

"The engine should be at Renault level by the end of this year."

Red Bull's current contract with Renault runs out at the end of this season. 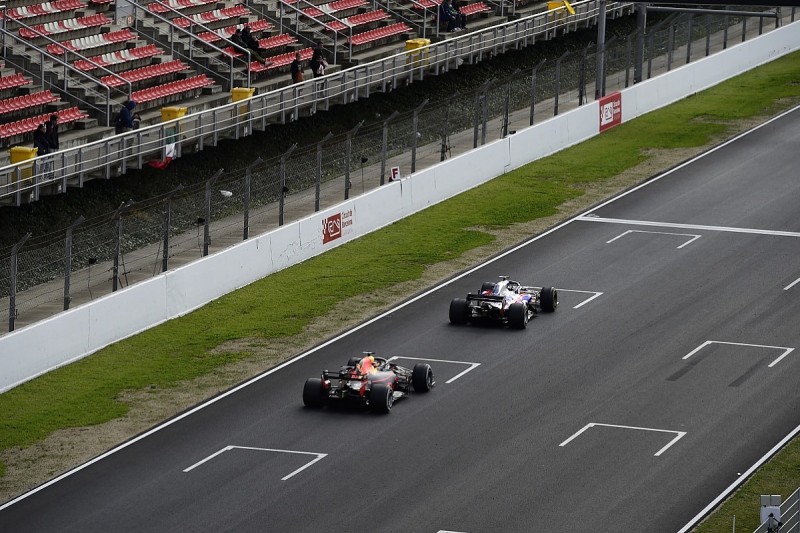 Team principal Christian Horner made clear Red Bull feels it has a clear choice of engines for 2019.

"The situation varies with Renault almost monthly," said Horner. "But we are used to that. We've known them a long time.

"We have got a respect for what they do, and the most important thing for us is having the most competitive package going forward.

"We want to be in a position to continue to close the gap to the teams ahead and get onto the front foot.

"Obviously we are in a position for the first time in probably the last 10 years that we have a choice moving forwards.

"That is a position that we have not been in for a long, long time. There has either been a veto or a block or a non desire from supplier to supply."

Pushed on what Honda would have to do to convince Red Bull it was a viable solution for next year, Horner said: "I think they have made very good ground over the winter.

"We have got a front row seat to see how that product is developing and performing with Toro Rosso.

"And it will all come down to performance. We want the most performant engine in the back of the car."

Marko added that he was impressed with how Honda had worked with Toro Rosso so far and its plans for further progress.

"We are aware about the scheduled spec steps," he said.

"Collaboration between Toro Rosso and Honda is very good, because we didn't just tell the Japanese what the engine should look like.

"Immediately after signing the contract there was an exchange of technicians between Faenza, Sakura in Japan and Milton Keynes, where Honda also has a small factory. That's where the current car and the engine installation were discussed and actually done.

"And I believe this partner-like approach has contributed a great deal to the result we have now."