After a long drought since its last constructors' championship in 2013, Red Bull is set to secure this year's title in the coming weeks, after Max Verstappen took his second successive drivers' crown at Suzuka last weekend.

It will be Red Bull's first constructors' title of the hybrid era.

Horner paid tribute to chief technical officer Adrian Newey, who in 2022 has overseen another title success three decades after his first, with yet another set of new F1 regulations.

"Adrian and the whole technical team," he said when asked about Newey's ongoing contribution.

"And I think that's testimony to the hard work that goes in behind the scenes that has delivered this kind of performance."

Horner stressed that last year's title fight with Mercedes obliged the team to switch later to its 2022 project than some of its rivals.

"I think for the team to do what we did last year, and to turn up with a car as competitive as we have, being the last team to transition onto it, under massive pressure this year with the cost cap and everything else, it's been a lot of blood, sweat, and tears go into it.

"I think the car, the way we adapted to the new regulations, the engineering team, it's been a phenomenal performance by everybody involved, and Max has I think grown from that first world championship.

"The way he's driven, the way he's operated this year, has just been at another level, and all respect to him because he truly deserves this championship.

"Everybody within the factory, within Red Bull, all of our partners, all of our technical partners have just stepped it up another gear this year, and it's been phenomenal." 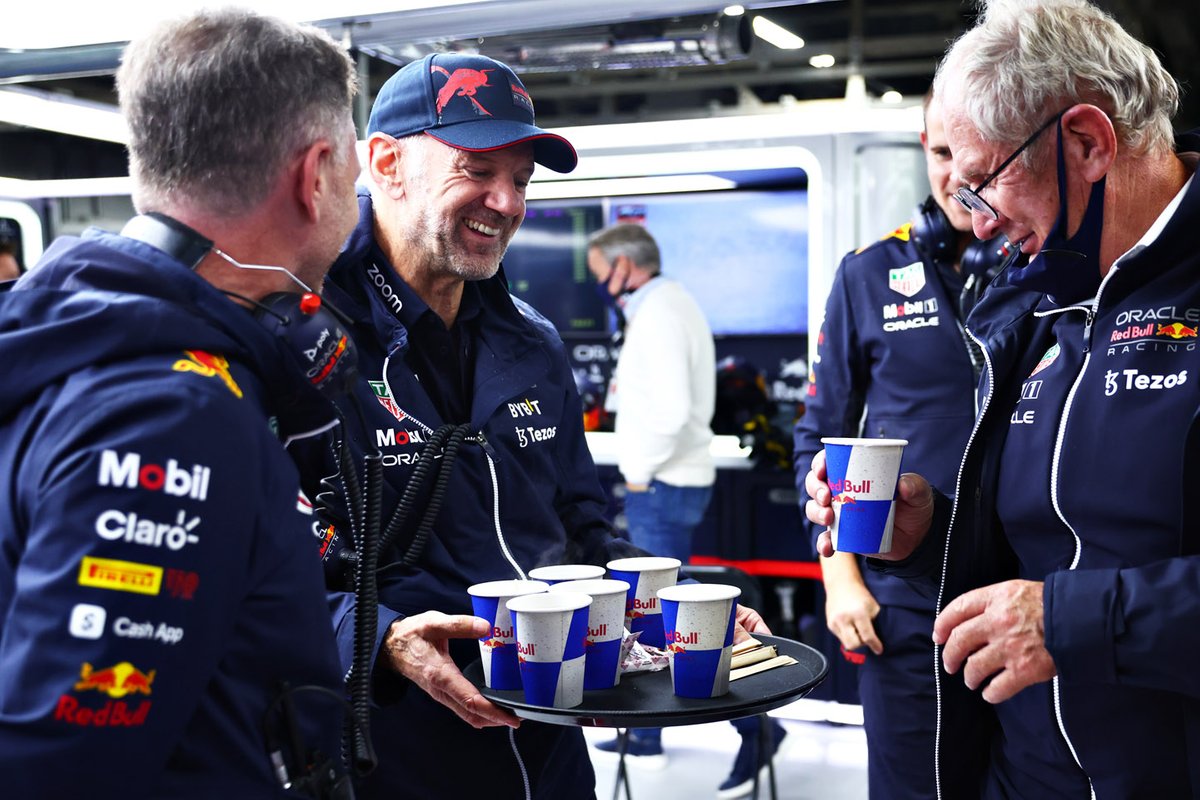 Horner acknowledged Honda, whose name appeared on the cars in the Japanese GP after the two parties had completed a new deal.

"To win here, with Honda confirming their participation over the next three years, and Asaki-san, who has been one of those heroes behind the scenes within the Honda organisation and within HRC, I felt it only right for him to collect the constructors' trophy today. A very proud moment for everybody in HRC.

"We're truly grateful for the support that they've provided us in previous years and obviously, as a supplier this year, they've done a great job as well. All our partners like Exxon Mobil, with this new E10 fuel as well this year.

"It needs everything to come together to achieve the kind of results that we have. And we've done that, we've achieved it."

He also paid tribute to the boss of Red Bull: "I have to say a big shout out to Dietrich Mateschitz, as well. Everything that he's provided all of us, the unrelenting support from Red Bull, is the reason why we're all here.

"And so a huge shout out to Dietrich and everybody within Red Bull for what's been achieved."

Palou, O'Ward to drive for McLaren in US and Abu Dhabi F1 FP1 sessions