Verstappen has scored back-to-back podiums in F1 after an incident-packed start to 2018 that included several costly clashes and mistakes.

After the French Grand Prix he hit out at the criticism drivers receive for honest errors and referred specifically to the claims he needed to change his style as "nonsense".

Marko told Autosport that Verstappen's drives in Canada and France were evidence that he "is disciplined and yet can drive very fast" having entered the races with "a little less willingness to take risks, but not much less".

He said: "The problem was that Max put too much pressure on himself.

"Suddenly he made mistakes with a car he could drive in front, which he did not make last year when his car was far from so good.

"We've been through all variations: how can we stabilise Max?

"It was more a coincidence than a programmed action that nobody was there in Montreal [where Verstappen was without his full entourage for the first time].

"But this is the Max we're expecting now. France was a great weekend without any mistakes."

Marko said Verstappen has made problems for himself when he "wants too much".

In Monaco, where Red Bull was the dominant force and Daniel Ricciardo won from pole, Verstappen had to scrap his way into the points after starting last because of a practice crash. 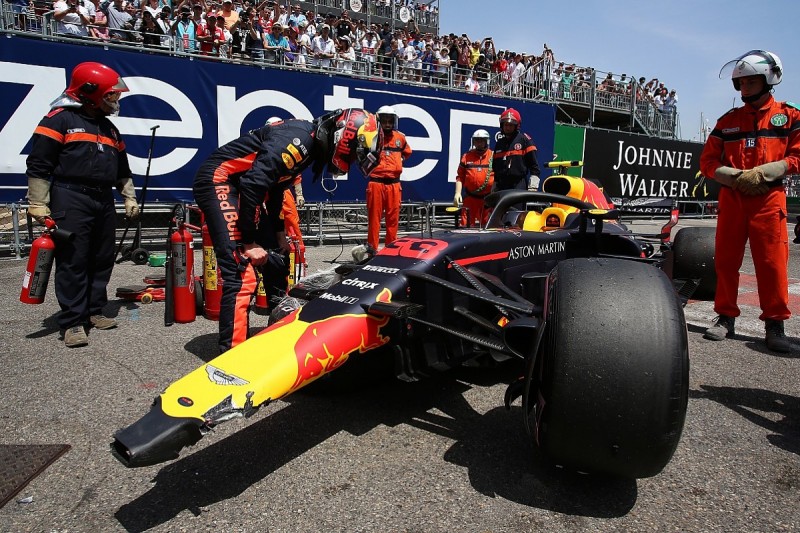 Marko said that was a needless incident to have given he was already quickest and just chasing a faster time in a practice session.

"That's exactly what he needs to learn: you won't win a championship just because you're ahead in every practice session," said Marko.

"On the other hand, we're glad he's so unruly.

"It's easier to get him [to calm] down than to build a not so fast or aggressive driver in that direction."

Marko said Verstappen has now found "the right measure of risk", highlighting his wheel-to-wheel fight with Valtteri Bottas at the start in Canada as one example.

"The aggressiveness and the fighting spirit make him stand out," said Marko. "That's why I always defended him."

Marko said it was a "necessity" for Red Bull to support Verstappen as much as possible when he is "so young and in the spotlight".

"In Austria he will be joined by 18,000 Dutchmen - probably even more after second place in France," he said.

"He has a cult status in his home country and Belgium.

"Dealing with this at the age of 20 is not quite so easy."

Mercedes unleashes its biggest F1 car update of 2018 so far