RBR's accounts for 2017 reveal that the team's spending rose from £193.0million the previous year to £226.7m, representing an increase of 17.4%. That is coincidentally exactly the same percentage by which Mercedes' costs rose.

Both teams have cited the change to wider track, high downforce cars as the reason for the increase in R&D spend.

"It's as simple as that, the cost of change in F1 is enormous," Horner told Autosport.

"You can see it will have an impact on all the teams. When you scrap a concept of regulations and have a change of the size that we had, it's significant."

The accounts also show that RBR's turnover rose from £197.9m in 2016 to £231.3m. Included in that was an increase in the funding provided by Red Bull parent company in Austria to top up outside sponsorship and F1 prize money income.

That parent company figure jumped from £40.6m to £56.5m, having risen steadily since RBR ended its streak of world championship victories and therefore starting earning less prize money and requiring more input from Red Bull itself. 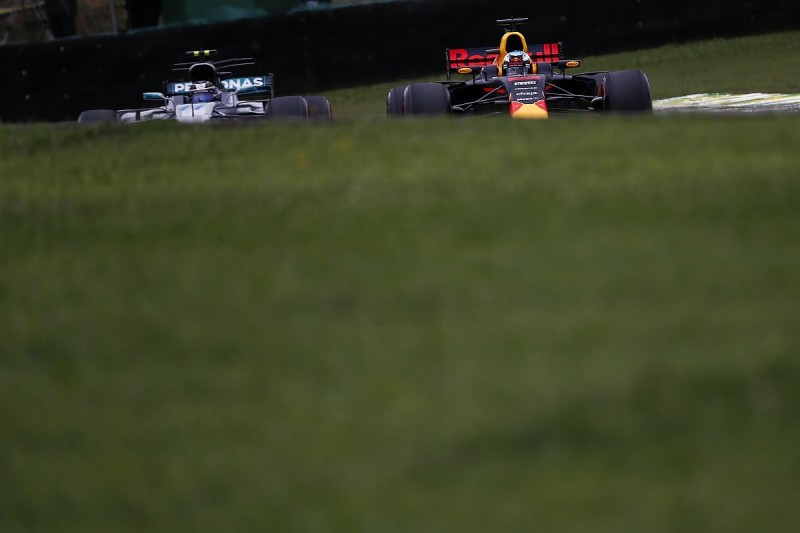 That figure is very comparable with the approximately £60m marketing fee that Daimler AG paid to the Mercedes F1 team in 2017. In both cases the numbers indicate that the parent companies got a good return relative to what they spend.

"F1 still represents strong value for the brand," said Horner. "It's the biggest marketing activity within the Red Bull Group. F1 has a global audience and reach. Obviously its digital audience is increasingly rapidly as well.

"And Red Bull, through F1's own analysis, is the number one brand in the sport. So in terms of ROI [return on investment] F1 delivers for Red Bull, otherwise obviously they wouldn't be here.

"The numbers will look again better with the introduction of title sponsorship with Aston Martin, and they'll look better again for next year. Certainly the Red Bull contribution will be stable."

The financial picture at Red Bull Racing is complicated by the role of its sister company Red Bull Technology, which is regarded as a supplier to RBR, as well as providing services to Toro Rosso. RBT employs just 58 people, while those directly involved in developing the cars are employed by RBR.

Horner insists that the RBR numbers present the true picture of how much it spends to go racing, as it includes the payments made to RBT.

"It's effectively a supplier to RBR, and a supplier to STR, and through a sub-division of advanced technology, there are other projects," he explained.