Red Bull showed good pace in wet conditions and was Ferrari's closest challenger in the second session, with Ricciardo and Max Verstappen third and fourth, around 0.83s off the pace, and the Mercedes duo a further seven tenths back.

"Ferrari looked a bit stronger than we thought," said Ricciardo.

"We thought Mercedes would lead the pack and we would be a bit closer to Ferrari - but Mercedes had a few issues today by the looks of it.

"I saw some of Lewis's onboards and they looked like they were fighting the car. Maybe they are running 80kg of fuel, I don't know!

"We were looking pretty good in the wetter conditions this morning.

"On the intermediates I thought we had the pace, significantly quicker than everyone else. We are not sure why, but we will take it.

"This afternoon, we weren't that competitive looking at Ferrari but it looked like Mercedes struggled as well." 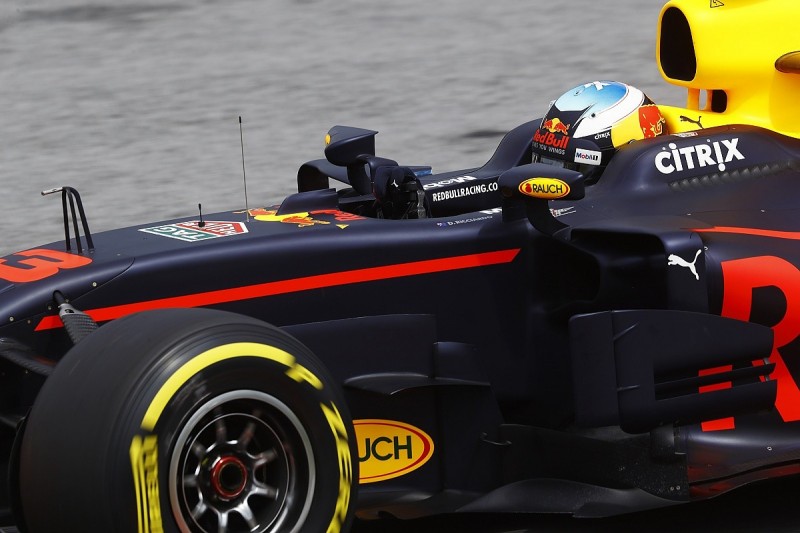 Verstappen said Ferrari looks "very competitive' but he hoped his Red Bull team could close the gap at the weekend progressed.

"The car was not too bad," he said. "We just need to check where we can still improve because we are still not quick enough compared to Ferrari.

"But I am quite confident we can be closer tomorrow.

"If it is enough, I don't know. But it is not bad, I don't have massive issues with the car."

Vettel remained cautious about Ferrari's pace at Sepang and expects Mercedes to bounce back on Saturday.

"It would be nice to carry that [pace] through the whole weekend but I don't know what other people were doing today," said Vettel.

"It looked like they [Mercedes] were both struggling in the morning and afternoon. I'm pretty sure they will be fine tomorrow.

"In the end, it's Friday, when you can play around and try some things.

"The car seemed to be quite OK from the beginning.

"Then we tried some things and unfortunately we couldn't finish the session the way we wanted with the red flag [for Romain Grosjean's crash].

"We didn't get the amount of laps that everyone was looking for.

"We would have liked to have played around some more and get some more answers but overall it was a decent afternoon."