The revival of Renault's own team in 2016 complicated the French manufacturer's relationship with Red Bull, which had been the de facto works team for several seasons.

It is one of the reasons Red Bull is switching to Honda engines next season, so it and its junior team Toro Rosso can benefit from being the Japanese manufacturer's only partners.

Speaking in Hungary, where he went on to retire from the grand prix with a suspected Renault MGU-K problem, Verstappen had outlined frustration at Renault and its rivals, Mercedes and Ferrari, enjoying less lag time from laboratory to race track.

Asked if he feared Renault not giving Red Bull the same treatment over the rest of the year, Verstappen said: "Difficult to say. For example, with the petrol, we could have had this last week [in Germany], but we only get it now, because they were not sure of reliability.

"It's these kinds of things. And if there are new parts, they will of course go to the factory team first, which is also logical but it's a pity for us.

"You just know that at Ferrari and Mercedes these are immediately introduced and then they might have advantage of that for one or two races, before the rest takes a step.

"So, we are always two races behind."

Red Bull uses a different fuel and lubricants supplier to the works Renault team and its other customer McLaren, and Renault must find time at its Viry engine headquarters to test upgrades with ExxonMobil's products on the dyno.

Renault, which uses BP Castrol, has previously stated that decision from Red Bull has cost it the full use of Renault's upgraded engine introduced in Canada. 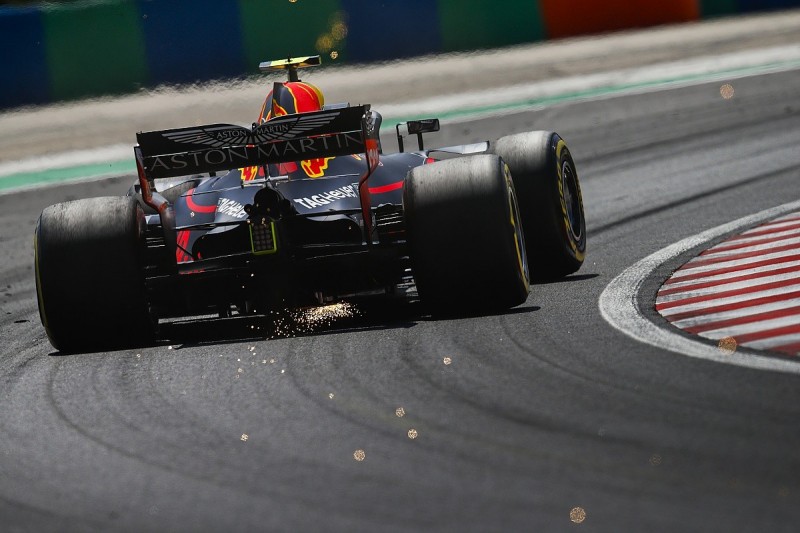 ExxonMobil's Hungarian Grand Prix specification was its first in-season upgrade this year, whereas Renault used new fuel from BP Castrol back in Spain.

Verstappen acknowledged that it "has always been the case" that this season could slip away from Red Bull, which has won three of the first 12 races, following its Renault split.

"Especially now they have their own factory team, you're always a little behind on things," he reiterated.

"Now that it's certain that you are making the switch to Honda, that will not work in your favour, let's put it like that.

"But that's how these things work, and we know that, so you just need to accept it."

Verstappen, who will have a new team-mate at Red Bull next season following Daniel Ricciardo's surprise exit to Renault, said his team needs to focus on what it can control.

"I hope we will continue to develop the car well," he said of his post-summer break aims.

"The engine is a difficult story. "We are better than them [Mercedes and Ferrari] in terms of car, so car-wise they are the ones who need to catch up."