Red Bull fears that it has lost another Honda power unit in the wake of the hit that Sergio Perez took at the first corner of Formula 1's Hungarian Grand Prix.

Perez was collected by the out-of-control Mercedes of Valtteri Bottas at the Hungaroring's first corner, and suffered major damage to his car.

Although the Mexican was able to continue at first, he ground to a halt further around the lap when the engine stopped.

Red Bull team boss Christian Horner revealed after the race that the Perez retirement was the result of accident damage – and the initial inspection pointed to the power unit being permanently out of action.

"It lost all its water immediately," said Horner. "We'll have to look into it in more detail, but the initial reports are it will no longer be in service."

If the Perez write-off is confirmed then he will have to move onto his third and final power unit of the season at the Belgian Grand Prix.

And on a weekend where Red Bull had to move Max Verstappen on to his third engine too following a crack being discovered on the unit that had been crashed at the British GP, it means Red Bull faces a double penalty blow later in the campaign.

Asked by Autospoer if there was any hope of seeing out the season without needing a fourth engine for either driver, Horner said: "Very little, I'm afraid.

"And that's hugely frustrating for Honda because it's not due to reliability, it's because of accidents that we haven't caused. So they're feeling the brunt of this as well as we are on the chassis side." 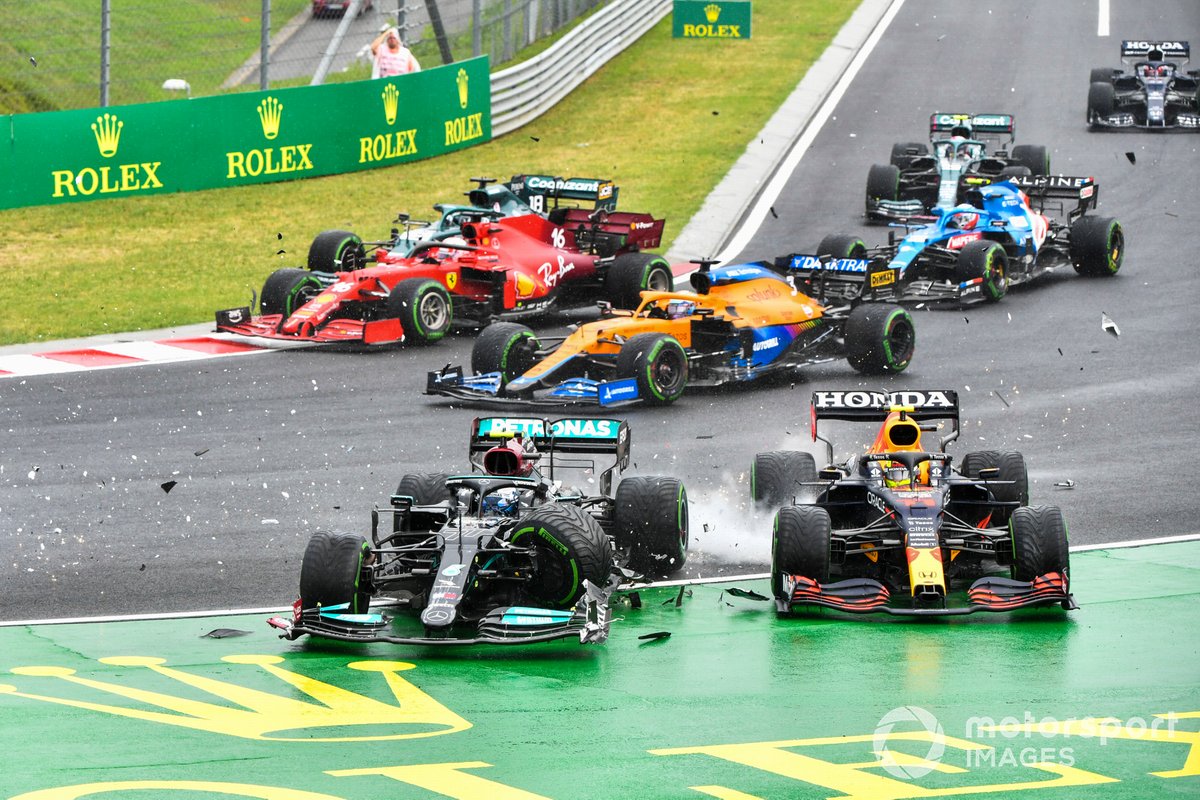 Horner said the turn one incident which wrecked Red Bull's hopes was 'brutal' for the team as he suggested Bottas had done Mercedes a favour with his mistake taking out Verstappen and Perez.

"I don't think there was anything we could do," claimed Horner. "That's the brutality of racing, isn't it? I think that, unfortunately, you saw Valtteri make a poor start, he obviously misjudged his braking and he's done a great job for Mercedes in taking out both of our cars.

"There was a significant amount of damage. It cost another engine with Sergio and obviously Max was then hugely compromised."