Red Bull is planning a "fairly subtle" upgrade for the Spanish Grand Prix, having "closed the gap" to Formula 1 pacesetters Mercedes and Ferrari since the start of 2019

The team scored a podium in the first race of the season on its debut with Honda engines but finished fourth in the three races that followed.

Last year Red Bull introduced a major upgrade package at Barcelona, including revised sidepods, bargeboards and floor, but team boss Christian Horner has suggested it will be smaller this time.

"It's fairly subtle and it's just evolution," he said.

"It will be the usual front and rear wing upgrades. It's evolution rather than revolution."

Horner explained that the developments focused on "different aspects of balance, on degradation and all of those things".

Red Bull struggled with tyre warm-up in Azerbaijan, but its race pace was quicker than both Ferrari and Mercedes.

The team has made solid progress since identifying a problem with its set-up in Bahrain and was closer to Mercedes and Ferrari in China and Azerbaijan.

"I think we've closed the gap since the beginning of the year," said Horner. "In Melbourne we had a strong race and Max was pushing Lewis [Hamilton] the majority of that grand prix.

"Bahrain was a tough race for us but it exposed some things that we've managed to improve on since then.

"China was a stronger race, and [Azerbaijan] even more so - and on a track that doesn't historically play to our strengths.

"We're looking forward to heading back to Europe now and we have a few circuits coming up now that should really suit us."

Red Bull has embarked upon a steady upgrade path through the beginning of the season, addressing several changes all around the car.

Firstly, the team consolidated its research from pre-season testing by running a new bargeboard package in Australia.

Testing had been limited by Pierre Gasly's week two testing crash at Barcelona's Campsa corner, but the team saw enough potential to persevere with the concept. 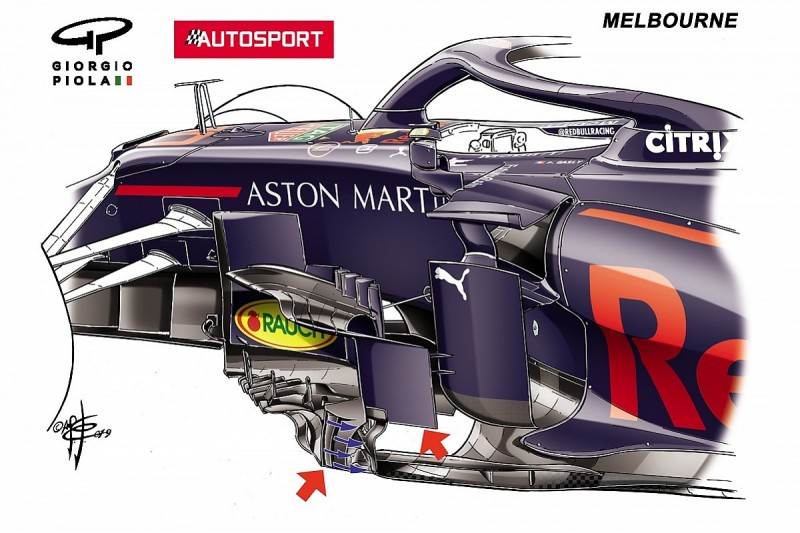 This was done by breaking a sidepod turning vane into two, redistributing the airflow around the shrunken sidepods.

The team also changed the front wing ahead of Bahrain, introducing a small cut in the third element and shortening the top element to satisfy the nuances of the maximum allowable wing profile regulations. 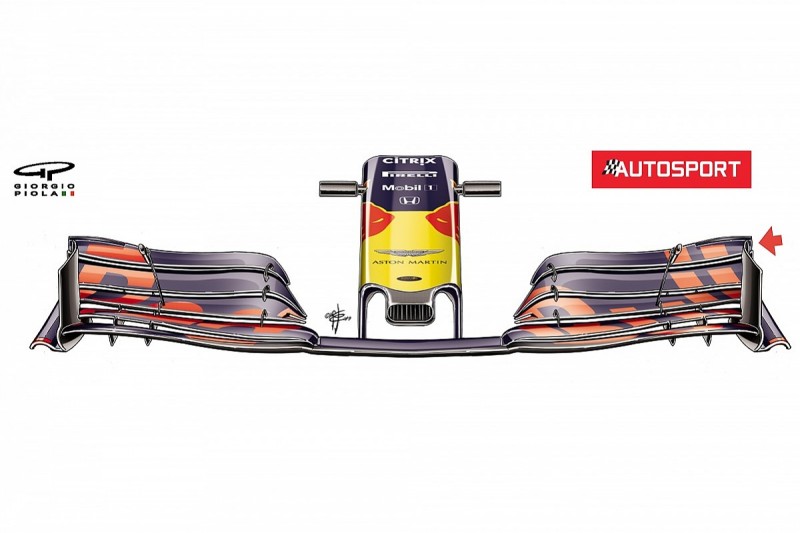 This offered a bit more control over the inboard rotation of air produced here, boosting its power.

Further changes were mandated by an FIA directive, and Red Bull had to close up a cutout that exposed the rear-most section of wing and was regarded as presenting a puncture risk.

The one shining light from Williams's current pain