Red Bull had headed to Silverstone bullish about its chances of taking the fight to the top two teams given Daniel Ricciardo finished just six seconds off the leaders at the Red Bull Ring.

But neither Ricciardo nor Max Verstappen had the pace to threaten for the win in Britain and both men missed the podium - although Ricciardo did charge up the field from 19th on the grid to finish fifth right behind his team-mate.

"We felt that we were a bit off," said Horner. "I am not sure we got the most out of the car.

"We struggled a little bit in the low-speed corners, so there is quite a bit to go and understand, analysis-wise, why that is." 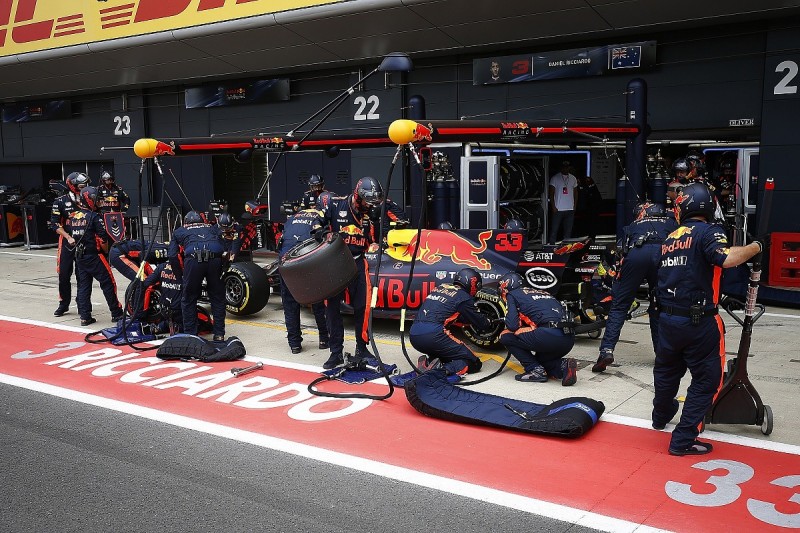 Horner suggested one factor that may have hindered Red Bull was that the amount of full throttle required at Silverstone with this year's faster cars meant it was more of a power track than it had been in the past.

"Silverstone now, with this new generation of cars, is again 70% full throttle," he said.

"And again, that is quite painful in comparison to our rivals."

Red Bull is introducing an aerodynamic update for the Hungarian GP, which Ricciardo has described as "significant", in its bid to grab another win.

Horner moved to try to play down the changes, though - suggesting the tweaks are part of a season-long plan by the team to constantly improve its car.

"It is all part of the evolution," he said. "I wouldn't call it significant.

"I would say it is again relatively subtle in terms of a constant process of trying to get performance on the car."