Daniil Kvyat has hit back at his critics following his tough start to life with Red Bull in Formula 1, saying he does not care if people are doubting him

The Russian was brought in to replace four-time F1 world champion Sebastian Vettel for 2015 after just one year with Toro Rosso.

He has endured a difficult first few races, not helped by Red Bull engine supplier Renault's problems so far this year.

Kvyat, who is eight places behind team-mate Daniel Ricciardo in the championship, believes that his season will come good when things settle down at Red Bull.

"I will not doubt my own abilities, and if others have, I don't care," said Kvyat.

"It's frustrating of course, but on the other hand things can turn around very quickly.

"Obviously, there are things to look at and I'm used to sorting things out with hard work and dedication and that will not change."

The 20-year-old is eagerly anticipating his first clean weekend of the season, which will allow him to show where he really stands. 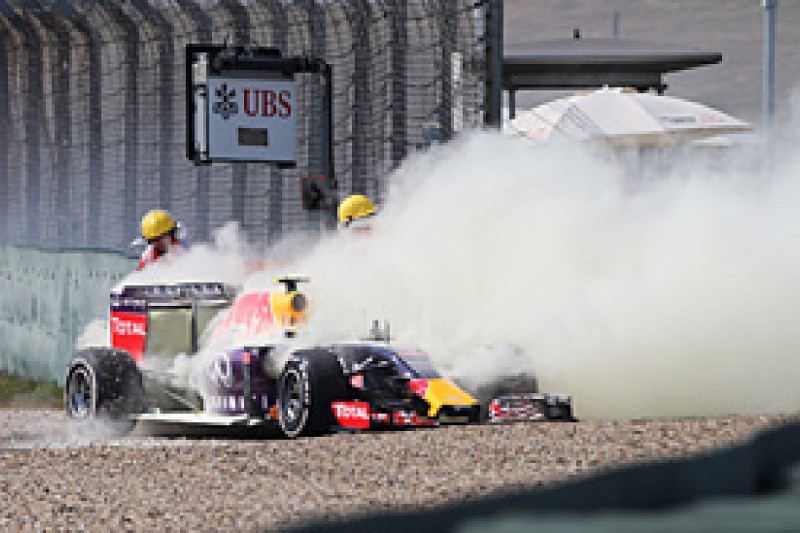 "It's about having clean sessions all the time and this is not really happening at the moment," he said.

"When it's so tight, any small thing can hold you back but I'm looking forward to finding a [clear] weekend.

"Then it will be interesting to see where I stand and if I will still be a bit backwards or in front.

"I don't even know where I am at the moment."

Red Bull team principal Christian Horner believes Kvyat has not had a "fair hand" so far.

"The problem for Daniil is that he's had a lot of issues, more than his fair share," said Horner.

"They've interrupted practice sessions, qualifying sessions and races but when he's had a clean run, he's done a good job.

"It's very hard to judge him at the moment because he hasn't had a fair hand.

"But from what we're seeing, he's definitely quick, his feedback's good and he's not let his chin drop.

"With just a bit of time, and with some consistency [in terms of reliability] you'll start to see his potential."