Red Bull Formula 1 boss Christian Horner has called the FIA's penalty for the team's cost cap breach in 2021 "enormous" and "draconian" due to its impact on future car development.

The FIA announced on Friday that it had struck an Accepted Breach Agreement with Red Bull after finding it had exceeded the $145 million cost cap through 2021.

Red Bull was slapped with a $7m fine for the breach, which was found to have been £1.8m, as well as a 10% reduction in its aerodynamic testing allowance for the next 12 months.

The FIA noted in its report that Red Bull acted in "good faith", listing a number of areas that the team interpreted incorrectly and led to its breach.

Horner held a press conference on Friday in Mexico to discuss the matter, during which he outlined how Red Bull had exceeded the budget cap and why the team accepted the FIA's offer.

But Horner hit out at the penalty that had been handed down to Red Bull, believing it had been lobbied for by many of its direct rivals.

Horner called the $7m fine "an enormous amount of money", but felt the limit on aerodynamic testing and development for next year was "the more draconian part" of the sanction.

"I can tell you now, that is an enormous amount. That represents anywhere between a quarter and half a second's worth of lap time. That comes in from now, that has a direct effect on next year's car, and will be in place for a 12-month period.

"By winning the constructors' championship, we become victims of our own success, in addition to that 10%, having 5% incremental disadvantage or handicap compared to the second and third place.

"That 10% put into reality will have impact on our ability to perform on-track next year." 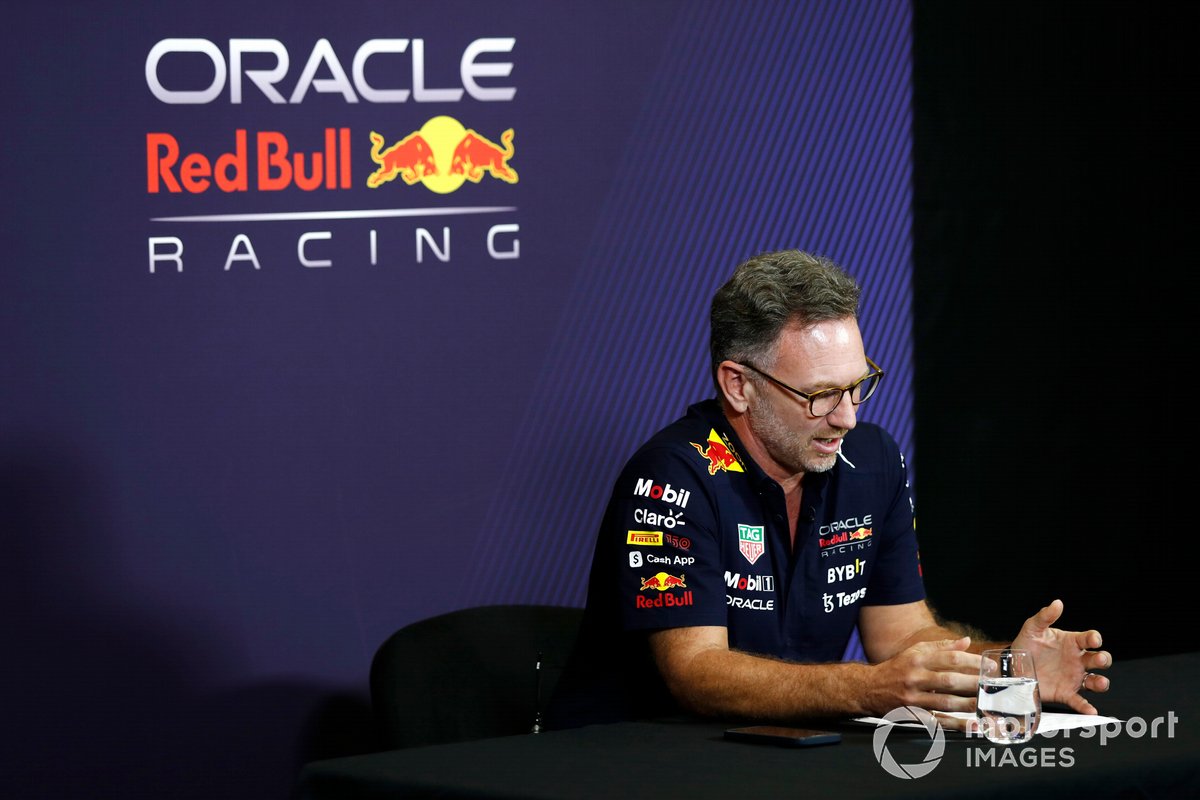 Under the FIA's aerodynamic development rules, Red Bull will now only have 63% of the windtunnel and CFD time as the team that finishes seventh in the championship, compared to 75% and 80% for Ferrari and Mercedes.

Horner felt the 12-month period of the sanction would impact both the 2023 and the 2024 car, and believed its severity was pushed for by the team's rivals.

"It gives an advantage to our competitors, which is why they were pushing so hard for a draconian penalty," said Horner.

"I have full belief in our team, in the capability of our team. I think they've demonstrated that time and time again.

"There were other sporting penalties that were available to the FIA. But this one was obviously lobbied hard for by our competitors because they felt it hit us the hardest."

Horner added: "I'm sure if you burned our windtunnel down, it wouldn't be enough."