The world champion was in a class of his own at Spa-Francorchamps as he topped qualifying and then charged from 14th on the grid after an engine penalty to dominate the race.

The scale of Red Bull’s advantage in Belgium left rivals scratching their heads, as the team had been fairly level-pegged with Ferrari in pure pace terms throughout much of 2022.

While theories of Red Bull gaining from introducing a lightweight chassis were ruled out, the Milton Keynes-based squad did point to one element that appeared to have played especially into its hands.

As teams had to run at a higher rideheight range at Spa, because cars cannot run too close to the ground because the compression at Eau Rouge risks the floors hitting the track, it meant some of the RB18’s strengths were exaggerated.

In particular, while Ferrari and Mercedes appear to produce more downforce when running as close to the ground as possible, Red Bull can still achieve peak levels when running higher.

That element, allied to its car being so strong on straightline speed, meant Red Bull lost less running higher, and it was in a different league at the Belgian circuit.

Team boss Christian Horner said: “I think this circuit has played to our strengths. We have a very efficient car, we've found a very good set-up. Max has just been in phenomenal form, since the very first lap in P1.”

Responding to the rumours before the weekend about Red Bull unleashing a lightweight car, Horner said: “No, we didn't bring it. And no we don't have one...so no, it wasn't a factor in the performance.

“I think a lot was made and a lot of expectation was placed on that [porpoising] TD, and arguably perhaps it's hurt others more than it's hurt ourselves. 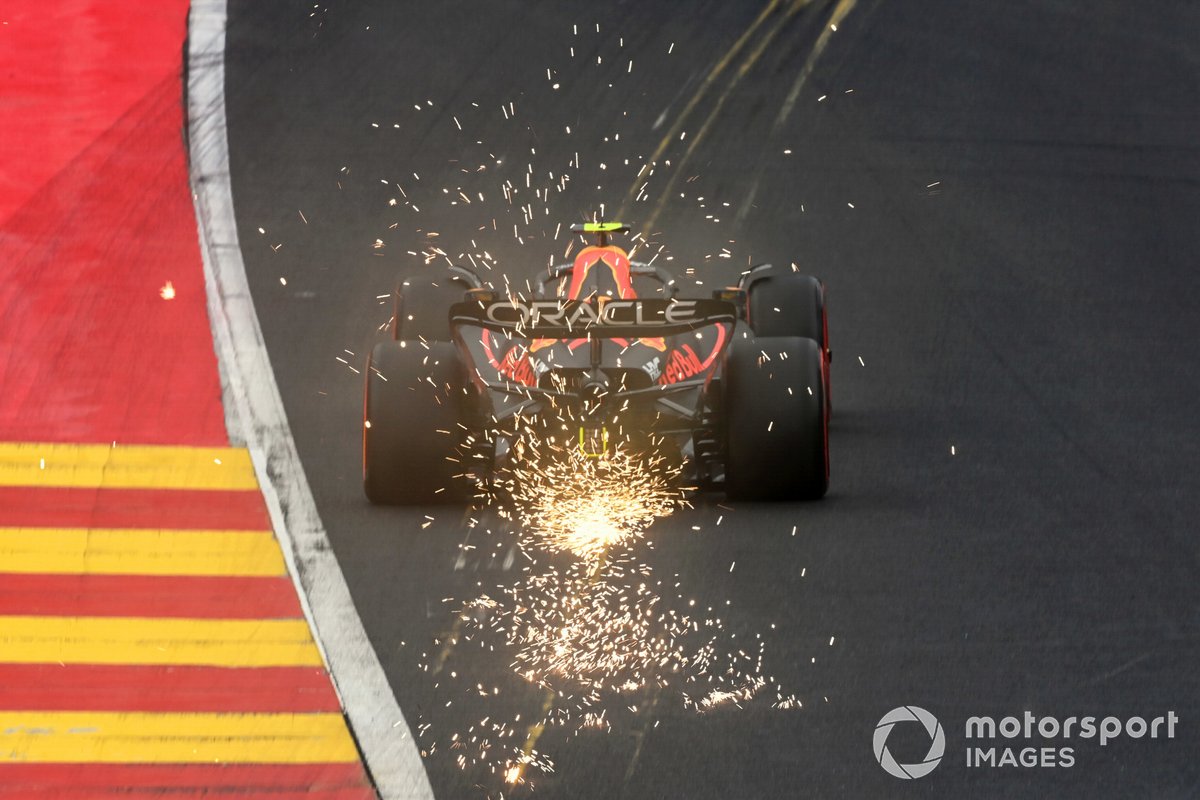 “But we haven't really changed how we operate the car. Obviously, grounding here is always an issue because of Eau Rouge. But that's not unique to us. That's the same for every team.

“But I think we've seen that already this year we've run a higher rideheight. Our philosophy is probably slightly different to some of the other. Maybe we'll get a TD for the next race that [says] we [have] got to run much lower.”

Although Horner dismissed the idea of Red Bull having introducing a lightweight chassis for Spa, he was coy on the possibility of the team working on such a plan.

Red Bull has battled against the minimum weight limit all season, but has been able to make solid progress to get within a few kilogrammes of where it ideally wanted to be.

Asked about the possibility of Red Bull bringing a lighter chassis in the next two or three races – with Singapore having been singled out as a possible point to debut it – Horner was very careful with his words.

“There's no...these chassis will run for the next few races,” he said.