The team managed to win three races this season, with two coming late in the year courtesy of Max Verstappen in Malaysia and Mexico.

Since then, however, the team's performance fell away, with its performance in Brazil compromised by needing to detune the engines.

Pushed on why things were not much better in the Abu Dhabi finale, Horner suggested that the Yas Marina circuit hurt Red Bull more because of its long straights.

"Reliability is a key issue next year, but it is also about maintaining the chassis development that we have had during the second half of the year, and we need desperately the engine to concertina in performance," said Horner.

"Brazil is power sensitive, and in Abu Dhabi you could see Mercedes were in a class of their own.

"If you listened to their radio content, when they turn their engines up, you only had to look at the middle sector.

"They would go half a second quicker or slower depending on what engine mode they choose.

"Hats off to them. They are doing a great job in that area, but engine performance is a key differentiator." 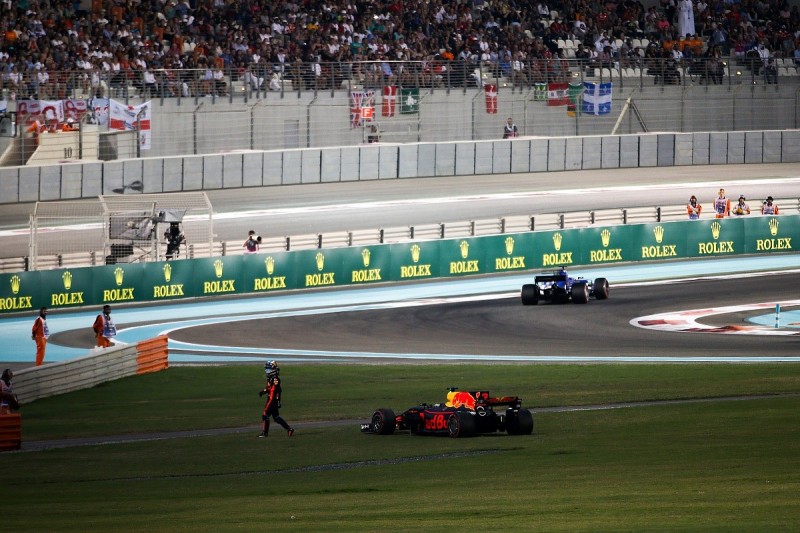 Daniel Ricciardo's hopes of finishing ahead of Kimi Raikkonen in the drivers' championship were dashed in Abu Dhabi when he was forced out of the race with a hydraulics problem.

Coming on the back of a campaign where a spate of Renault engine issues have proved costly, especially for Max Verstappen, Horner is in no doubt that his team's finishing record was not good enough this year.

"Reliability wise we have DNFed in far too many races," he said.

"Reliability has cost us dear this year. If you assume that each of those DNFs averages between 10 and 12 points, you don't have to be a mathematics professor to work out how costly that has been for us."