© 2021 Motorsport Network. All rights reserved.
TV Tickets fashion Giorgio Piola jobs
Previous / Well done F1 for holding a season in the pandemic - but what happens next? Next / Sainz: Ferrari not a team that "devours" its drivers
Formula 1 News

With the Milton Keynes-based outfit looking increasingly likely to take over running of the Honda project from 2022, it is set to ramp up its own engine expertise over the next few years.

If that infrastructure is put in place to ensure it keeps delivering a competitive power unit, it could go a step further and create its own engine when the new hybrid power units come in.

Speaking exclusively to Autosport, Red Bull motorsport advisor Helmut Marko said that key to what happens is whether the new engines - which could come for 2025 - would be cheap enough for Red Bull to be able to make the investment.

"If the hints become true that the new engine is much simpler in design; that the MGU-H is eliminated, and that it remains innovative but the annual cost limit is somewhere around 50 million, then it's no longer such a complex issue as the current engine," he said.

"That means you could then do the development for such an engine with the paraphernalia we will have in Milton Keynes." 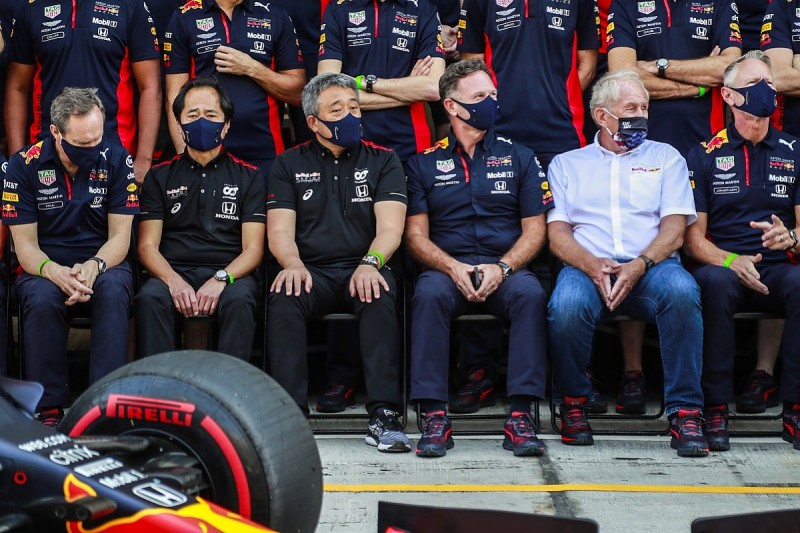 Asked directly if that meant a bespoke Red Bull engine, Marko said: "Correct. Whether on its own or in cooperation, that's a matter of negotiation then, I would say."

Red Bull's immediate focus, however, is on sorting out its engine plans for 2022, with progress being made on it taking over the running of Honda's power units.

Marko said that although talks are ongoing with the FIA and nothing has been finalised about the engine freeze it wants, he was optimistic that things were moving in the right direction.

Asked if there were Plan B talks taking place with Renault about a customer deal if things did not work out, Marko said: "Our focus is fully on the Honda project."

While Honda currently has a facility in Milton Keynes, and did a lot of work out of its Japanese base, Marko said that if Red Bull does push on with the engine project it would all be done from the area around the current team factory.

"Our plans are to carry out engine maintenance on our existing Red Bull campus and adapt a hall for that," he said.

Well done F1 for holding a season in the pandemic - but what happens next?