Red Bull can aim to outscore Ferrari in the remainder of the 2017 Formula 1 season, believes team principal Christian Horner

Though Red Bull began the year hoping to capitalise on F1's major regulation changes and return to title contention, it was distinctly third-best behind Mercedes and Ferrari over the opening grands prix.

It has trimmed its performance deficit since then, but trails Mercedes by 173 points and Ferrari by 134 with nine of the season's 20 races left to run.

While Horner admitted those are insurmountable gaps, he hopes Red Bull can "at least" keep pace with Ferrari from this point on.

"From a championship point of view, I think the gap between us and the Mercedes and the Ferraris is too big to haul back," he said.

"But I would like to at least outscore Ferrari, certainly in the second half of the year.

"And if we can get into a situation to challenge for podiums and the higher places on the podium a couple of races between now and the end of the year, that is a realistic and aggressive target for us." 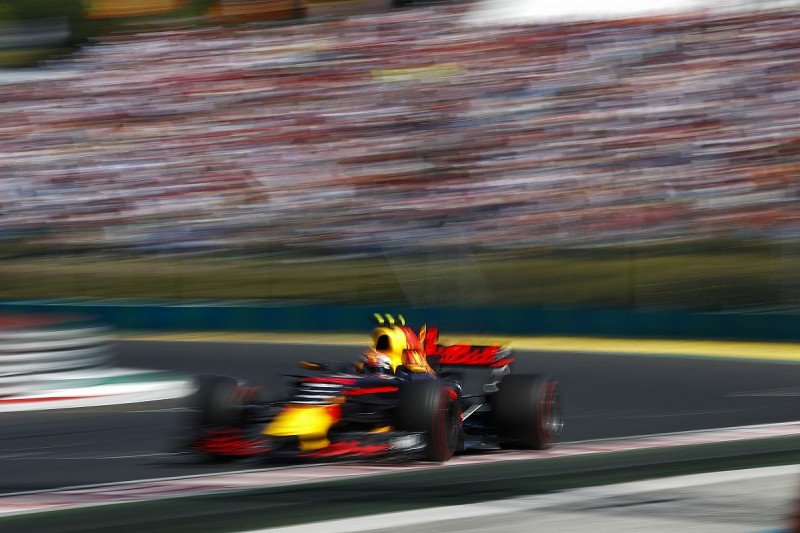 Horner feels Red Bull has made "constant progress" since the Spanish GP, after a difficult start to the season attributed to the team being led "astray" by its windtunnel.

"To solve any problem, you got to break that problem down and analyse it," he said.

"The guys here in the technical team did a very good job of getting a hold of that quickly.

"But of course then you've got a lead time of a month/six weeks to try and rectify that, by which point you are already through the first couple of races.

"It wasn't really until Barcelona that we were able to introduce the first sort of package addressing those issues, and that we really started to make progress.

"I think we are going in a good direction. We've put constant progress on the car since the Barcelona race and we'll keep pushing all the way through the season."