Red Bull is currently weighing up its power unit plans from 2022, with current supplier Honda having announced that it will be pulling out of F1 at the end of next year.

While Red Bull has customer engine options, including a return to a partnership with Renault, it has made clear that its preferred option would be to takeover the current Honda engine project and run the power units itself.

However, such a plan would require F1 to impose a freeze on engine development, as Red Bull cannot afford to keep upgrading the power unit in the way other manufacturers can.

While the chances of a freeze are slim, with Ferrari and Renault both having indicated they will not support the idea, Mercedes is supportive of the idea.

Furthermore, Wolff thinks that Red Bull's experience as an engineering company puts it in a good place to make a takeover of the Honda project something that can deliver results.

"Red Bull is not only a racing team, a very successful racing team, but also an engineering company," said Wolff.

"It seems Honda has done a good job in bringing updates to the power unit. There is some good stuff in the pipeline, and they're still going to be around next year, giving it all to be successful in the championship. 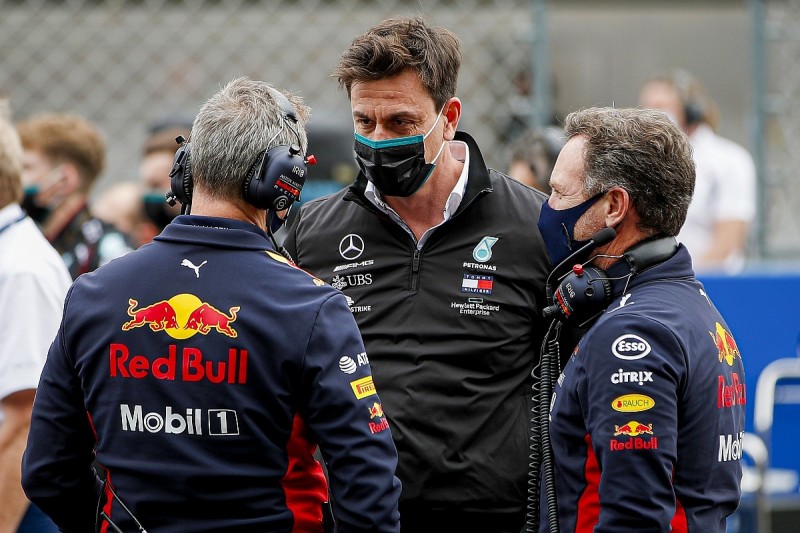 "But then, in the midterm, we are going to innovate, all of us, to work on a new engine concept that could be introduced as early as 2024 or 2025. That's where the attention of all of us is going to shift."

Wolff thinks that F1 can be healthy with just three engine manufacturers if the Honda plan does not happen, but reckons the championship should look at the bigger picture and understand the value of keeping an extra option and a fourth manufacturer.

He thinks it also better for F1 to ensure that the Red Bull teams stick around.

"I think for them going back to customer status is not something they are very keen on," he said.

"I truly believe that Honda has done a very good job, and there is performance in the pipeline that gives Red Bull confidence. But equally I understand that they don't want to go into a spending war with all the other OEMs on developing engines.

"It's a sensible proposal I'd like to support. I think Red Bull is a tremendously important brand for Formula 1, and we should do everything to keep the two teams in Formula 1 and help them with the option of having basically works status."