Red Bull, AlphaTauri to remain in F1 despite Honda exit at end of '21

Honda announced on Friday that it will conclude its F1 programme at the end of next season in order to focus its resources elsewhere, leaving Red Bull and AlphaTauri to look for a new power unit partner for 2022 and beyond.

The news of the loss of Honda comes only a few weeks after both teams signed the new Concorde Agreement, committing them to the future.

Honda has indicated that it communicated its thoughts to Red Bull in August, and made its final decision at the end of September - in other words some time after the Concorde was signed, and at a time when both teams still believed that their futures were linked to Honda.

The teams have been left in a difficult position with regards to supply: Mercedes already has three partners in Williams, McLaren and the rebadged Aston Martin, while Red Bull's relationship with Renault unravelled before the move to Honda, and forging a reunion would be challenging.

Ferrari, which already has two partners, is currently uncompetitive.

Red Bull team boss Christian Horner said he respected Honda's decision, but that the team remains "committed to the sport in the long term" and will sound out a replacement partnership.

"As a team we understand how difficult it has been for Honda Motor Company to reach the decision to step back from F1 at the end of the 2021 season," said Horner. 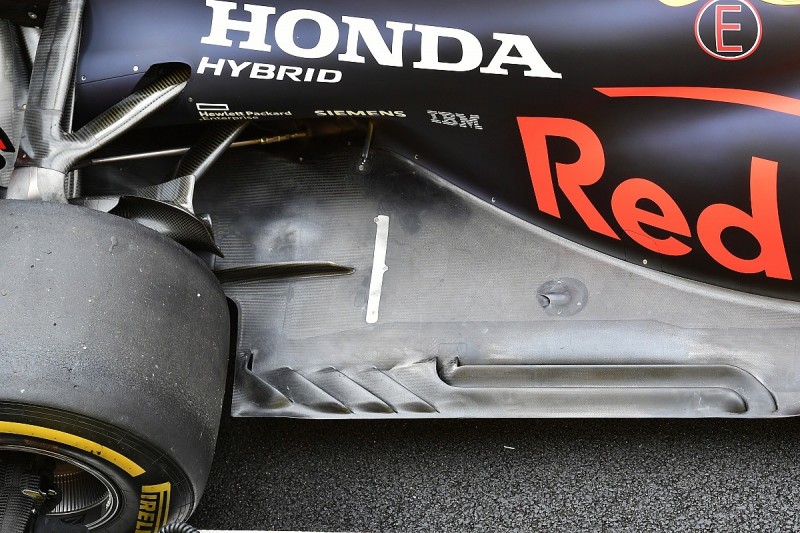 "The shifting focus within the automotive industry has led to Honda's decision to re-deploy their resources and we understand and respect the reasoning behind this.

"Their decision presents obvious challenges for us as a team but we have been here before and with our strength in depth we are well prepared and equipped to respond effectively, as we have proven in the past.

"While we are disappointed not to continue our partnership with Honda, we are enormously proud of our joint success, delivering five wins and 15 podiums for both Red Bull owned teams and we thank everyone at Honda for their extraordinary efforts and commitment.

Horner said the team will take time to source a new engine: "As a signatory to F1's latest Concorde Agreement, Red Bull Racing remains committed to the sport in the long term and we look forward to embarking on a new era of innovation, development and success.

"As a group, we will now take the time afforded to us to further evaluate and find the most competitive power unit solution for 2022 and beyond."

"Scuderia AlphaTauri and Honda have built up a very good and professional relationship since we started to cooperate in 2018," said the Austrian.

"It's unfortunate that Honda has decided to stop their commitment in F1, because their power unit's performance has been improving constantly and dramatically to become one of the best engines on the grid in a short period of time, since they returned to the sport.

"We sincerely want to thank Honda for the fruitful cooperation, we really enjoyed every day we've been working together.

"It won't be easy to find an engine partner like Honda but, of course, we will start looking at all possibilities to find the best power unit solution from 2022 onwards."