The 2022 Australian GP drew what was a record crowd of the Melbourne era with a four-day attendance of 419,114.

That eclipsed the previous four-day record of 401,000 set in 1996, the year the AGP moved from Adelaide to Melbourne.

In response to the record, the Australian Grand Prix Corporation has announced that grandstand capacity has been bolstered for 2023.

Thanks to a redesign of the grandstand areas the seated capacity will increase from 39,000 to 44,000 across the 16 grandstands within the Albert Park precinct.

Tickets for the newly-redesigned grandstands are on sale as part of a phased release, with phase two then starting on 6 December. For full information visit Motorsport Tickets.

"In 2022 we saw grandstand seats sell out in record time and with the 2023 event on track to follow suit, make sure you jump online nice and early to avoid missing out," said Samantha O'Hearn, the AGPC's Senior Manager – Product and Customer Experience.

The new overall attendance record set this April included individual records for the Friday and Saturday while the race day attendance was the third-highest on record.

A number of factors were attributed to the huge crowd, including Formula 1's general upswing in popularity, as well as what was effectively a three-year break between Australian GPs due to the global health crisis. 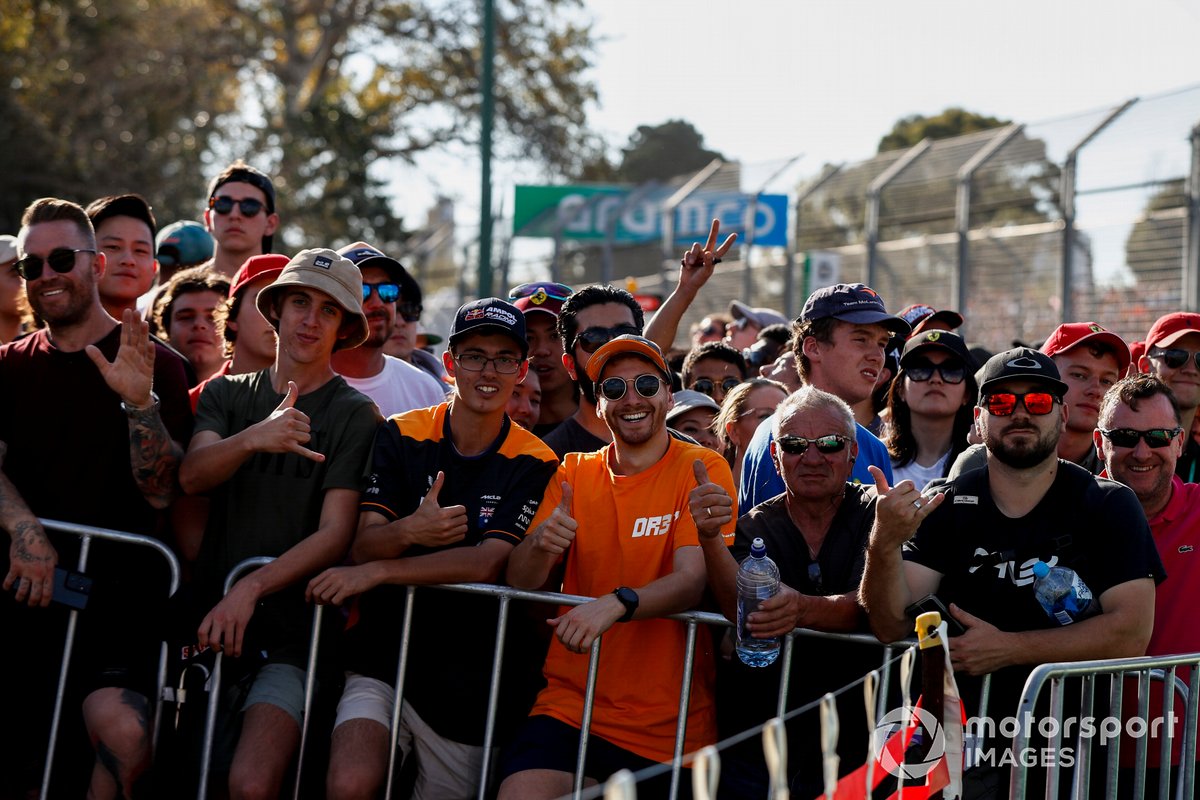 Fans behind a barrier

Melbourne was also one of the Australian cities worst affected by COVID-19 in terms of lockdowns, with locals embracing the return of international events.

The record came despite earlier predictions from the AGPC that labour shortages would be a limiting factor on overall crowd numbers for the 2022 running of the event.

The 2023 Australian Grand Prix, set to take place on 30 March-2 April, is the first of a new deal between F1 and the AGPC for Melbourne to host the race until 2035.

Formula 2 and Formula 3 will join the support bill for the first time next year alongside Supercars, which will stage its second round of the 2023 season at Albert Park.