Vettel went toe-to-toe with Mercedes' Lewis Hamilton in the first half of the year but has won just once since crashing out of the lead of the German Grand Prix on slicks in the rain in July.

The eight-race period since then has featured several high-profile errors, including a first-lap spin from contact with Hamilton in Italy.

Speaking exclusively to Autosport at Austin last weekend, before Vettel went on to suffer another first-lap spin to weaken his already faint title hopes further, Raikkonen said it is too easy to judge incidents on hindsight.

"I don't know if he made a lot of mistakes," said Raikkonen. "Germany he went off, but then it was pretty tricky conditions.

"I don't know if that really dictates what happened in the end result. It's hard to say.

"There is always people trying to point finger here and there or [say] 'This is why he didn't win'.

"You know, if you want to point [a] finger on someone, there is millions of things that you can [say] 'ah, he should have done this like that and the end result would be different'.

"But afterwards it is very easy to always say that.

"You take 10 years backwards you can point 'oh, you should have done that differently and you would have won'.

Vettel's mistake in the United States could have let Hamilton wrap up the F1 title but he fought back to fourth, while Raikkonen ended a 113-race win drought out front as Hamilton had to settle for third. 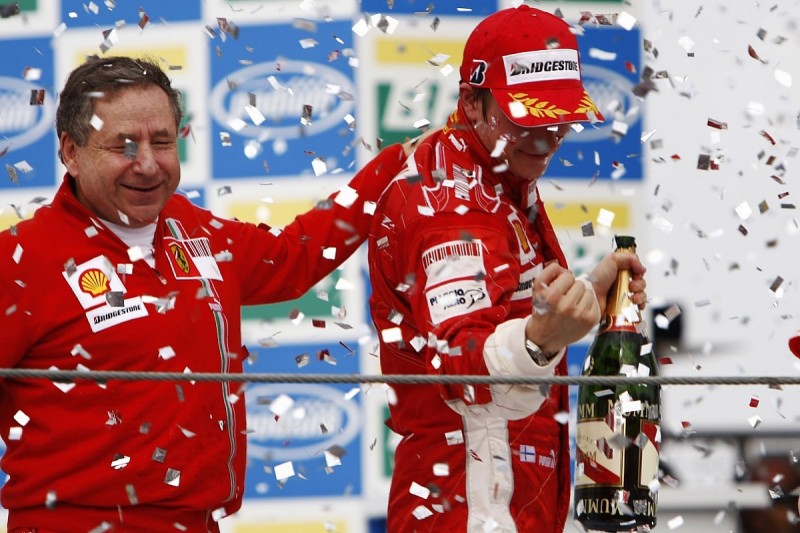 Hamilton is still poised to clinch a fifth championship, meaning Ferrari's wait for a title goes on and Raikkonen will stand as its last world champion for at least one more season.

"So maybe one day, whenever I stop, and then you start thinking 'I am happy to be world champion with the Ferrari'.

"But I am not really think that 'ah, yeah, I am actually the last one'.

"People say it, but that's how it played out so far. We'll see what happens this year and next year."