Racing Point is planning a raft of significant upgrades for its new Formula 1 car across the first five races of 2019, as part of a new development philosophy

The team joined the F1 grid for last year's Belgian Grand Prix after taking over the assets of Force India, which had finished fourth in the constructors' championship in 2016 and '17.

Its reincarnation is relishing the prospect of a season with fresh investment from its new owner, a consortium led by Lawrence Stroll.

As part of the team's 2019 season launch, technical director Andrew Green explained that Racing Point was already planning upgrades from the season opener in Australia up until the fifth round in Spain.

Green explained that that approach had been "something we've been unable to do previously".

"Expect quite a plain, 'vanilla' car to start with as we produced what we believe is a car capable of delivering what we need to achieve in Barcelona - working on reliability and understanding the tyres," he continued.

"We did what we needed to get the car out for launch, but in the background we have always been working on the car for the first race, trying to find the maximum performance we can and bring to Melbourne.

"We are planning to update the car for the first race and probably the two or three races after that.

"They'll be fairly significant changes ahead of another big step forward in Barcelona, in race five.

"Hopefully, by the time we get to Europe we will have a decent platform to be working with and developing." 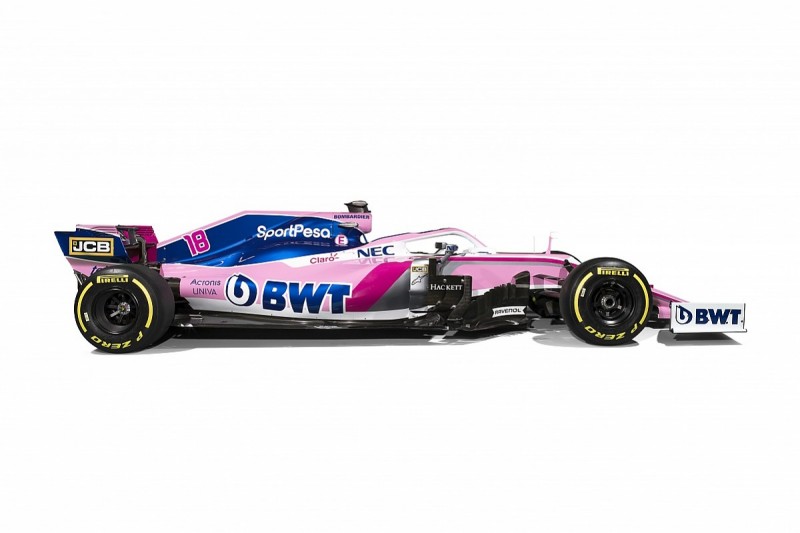 He said that Racing Point's resources would mark "a real change in development philosophy".

"This year, we will be bringing updates to the car as soon as they're ready," he added.

"We won't be waiting to put together bigger packages, but will focus on making incremental gains at every race."

Part of the reason Green expects quick development progress in 2019 is down to F1's new aerodynamic regulations.

Simpler front and rear wings, brake ducts and bargeboards have been introduced to try to help cars follow one another more easily, and that means teams will be recouping lost aerodynamic performance as the year progresses.

Green said Racing Point is equipped to deal with that and enjoyed a "100% expansion" of its simulator programme for pre-season development work.

He also described the influx of new sponsors - including new title partner SportPesa - and investment as "unprecedented" for the team.

"There's a real sense of 'we can show people what we can really do now'," he said. "It's not a new chapter in the history of this team. We're a new book now.

"Over the coming months you'll see the team grow and develop, and the performance of the car will increase at quite a dramatic rate."