Yelloly, 28, last drove a grand prix car on track in the same test back in 2015 with Force India, which morphed into Racing Point last year amid a change of ownership.

The Briton will drive the squad's RP19 on both days of the the Barcelona test on Tuesday and Wednesday, while team regulars Sergio Perez and Lance Stroll will get a day of running each focusing on Pirelli development work.

Racing Point technical director Andrew Green recently said the team was making increased use of simulation tools during its period of adjustment as the investment from its new owners takes effect and developments increase.

"We're relying more on our pre-race simulations, which is why we've invested also in our simulator programme, so that has ramped up massively over the last six months," Green told Autosport.

Since his previous F1 outing, Yelloly has transitioned away from single-seaters and towards sportscar racing, finishing runner-up in Porsche Carrera Cup Germany in 2017 and then finishing in the same position in the F1-supporting Porsche Supercup series last year. 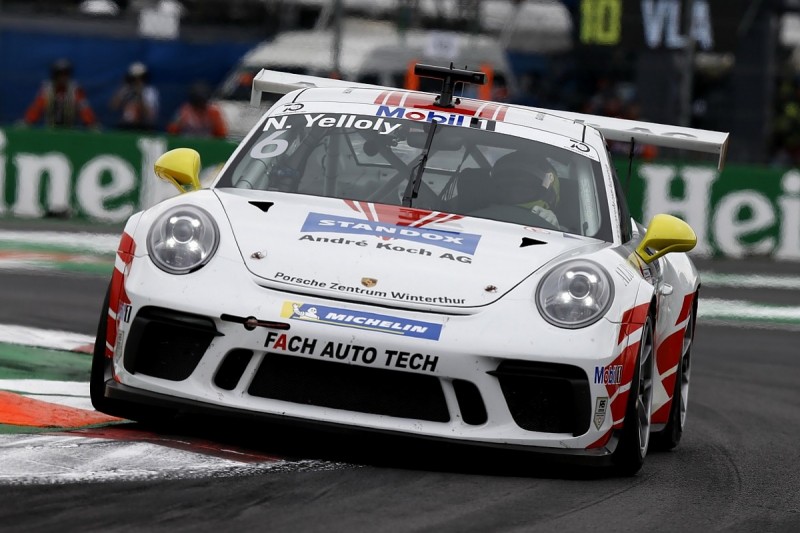 He combined that with two Blancpain GT Series appearances for the Rowe Racing BMW squad, a precursor to being named a factory driver by the German manufacturer for 2019.

Yelloly's BMW duties so far have included racing in the China GT championship in a Team AAI-run M6 GT3 - he leads the championship after four rounds - and making an appearance in the Nurburgring-based VLN championship with Team Schnitzer late last month.

He and BMW DTM driver Sheldon van der Linde took their M6 GT3 to a fifth-place finish on the Nordschleife.

Elsewhere, Ferrari has confirmed a day of running in its SF90 for simulator driver Antonio Fuoco in the post-Spanish GP test, which will mark the Italian's first F1 running in three years.

The ex-Formula 2 racer will be in action on Wednesday, effectively taking over from Sebastian Vettel, who is on Pirelli test duty on Tuesday. Charles Leclerc will drive on both days of the test, but focusing on Pirelli work on Wednesday.

Ferrari junior driver Callum Ilott will get his first taste of F1 machinery when he drives for Alfa Romeo in Barcelona on Tuesday.

Haas has announced that test driver Pietro Fittipaldi will get his second F1 running of 2019 at the Spanish track on Tuesday, before Kevin Magnussen takes over on Wednesday.