Jean Alesi makes a special guest appearance on the latest episode of Autosport's Race of My Life podcast series, on the anniversary of his 1995 Canadian Grand Prix win, to talk about his choice as the best race of his F1 career - that year's Japanese GP

"In my Formula 1 career there were many races I should have won but didn't, so it's quite correct that one I failed to finish was the race of my life!

"I qualified second to Michael Schumacher and it was raining on race day. Before the start, I went to the race director and said, 'The startline is downhill, and we don't have a handbrake, so how can I avoid a penalty if my car moves?' He said, 'As long as you line up behind the line, even if your car moves a little bit, as long as you don't improve position it's fine.'" 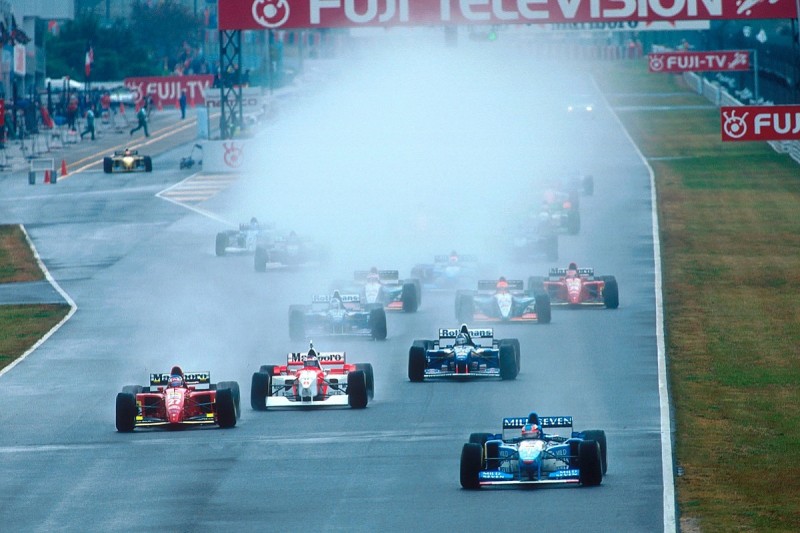 "So, at the start, my car was moving a little and I did not improve my position. And not only did I get a penalty, my team-mate Gerhard Berger did too! I was totally fed up with that decision. So I had to stop for a 10-second stop-go penalty, and dropped to 10th. I did one lap and then got on the radio: 'I want slicks.' Although it was still quite wet, I was passing everyone - I even overtook Johnny Herbert down the inside at 130R on my in-lap before putting on the slicks.

"In my Formula 1 career there were many races I should have won but didn't, so it's quite correct that one I failed to finish was the race of my life!" Jean Alesi

"It wasn't without drama: I had a couple of 360s on the straight! On one lap, Pedro Lamy pushed me onto the grass exiting the chicane. Watch it on YouTube, I had the onboard camera - it's amazing!

"People say that I'm special in the wet, in those conditions with slicks, but all I gave was my maximum. Perhaps it's my driving style that explores the limit of the tyres, and keeps the heat in them more than everyone else. I'm not scared to lose control of the car.

"By lap nine I'd moved up from 15th to ninth, and was lapping five seconds per lap faster than everyone else - including Michael, who was still on wets. A lap later I was sixth. Then I passed Damon Hill around the outside of the chicane." 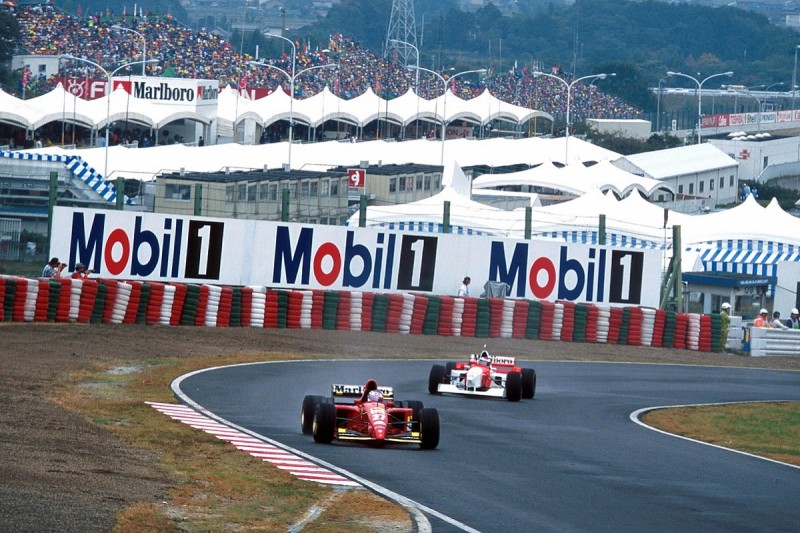 "By lap 12 I was back in second, just a few seconds behind Michael, who had pitted by now, and I was setting fastest lap after fastest lap. I could almost hear him as he looked in his mirrors: 'What is he doing there? I thought he had a penalty'."

"I was having a great time, but it wasn't to be my day again. The driveshaft broke, and all the oil came out of the differential.

"It had been fun while it lasted."

'Is It Just Me?' Podcast: Should F1 have a transfer window?