Qatar motorsport chief Amro Al-Hamad is confident the Losail International Circuit’s inaugural Formula 1 race will offer “a lot of overtaking” despite concerns that passing could be difficult.

F1 will stage its first race in Qatar this weekend after adding the Losail track to the calendar as a replacement for the cancelled Australian Grand Prix. It is also the precursor to a 10-year deal for the Qatar Grand Prix which will start in 2023.

Losail has been a mainstay on the MotoGP calendar since opening in 2004, but has not hosted a major single-seater championship since GP2 Asia raced there in 2009.

The track is expected to require a high downforce set-up due to its technical middle sector, leading to concerns about the amount of overtaking that will be possible.

But Al-Hamad, who serves as the executive director of Qatar Motor & Motorcycle Federation, felt confident that the lack of track data and the flowing layout would create an exciting on-track spectacle.

“Nobody has any data here, nobody drove here before, so that is going to add a lot,” Al-Hamad told Autosport.

“Every single minute in practice is going to make a difference because they still don’t know what type of set-up they need for all their chassis.

“The strategy is going to be completely different when it comes to tyre wear, because it’s a very fast track, or a flowing track with a couple of opportunities for overtaking.

“I know from a competitive driver point of view that there is a lot of overtaking that is going to be done, against all of the speculation that has been spread, that this is a straight-line kind of circuit, which it’s not. 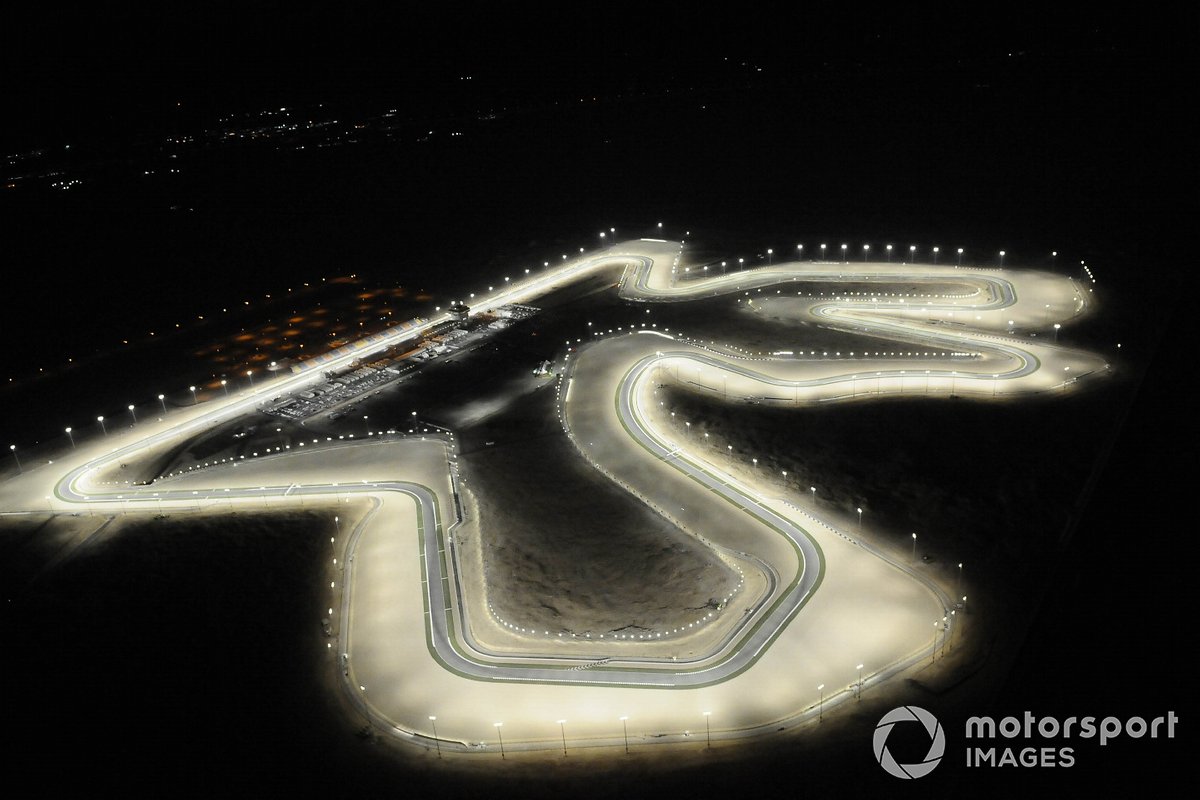 “It’s very technical. It needs a lot of downforce. There are a lot of strategies that are going to be involved with the tyre wear here as well.”

In order to prepare the Losail track to host F1, a number of updates have been made in collaboration with the FIA to ensure all safety measures are met and up to the Grade 1 track requirements.

“It was mainly barriers, the TecPros, the locations of the TecPros, and so on,” Al-Hamad said. “That was mainly it. A minor change was the position of the pit entry, it has been changed. It was at the beginning of Turn 16, and now it’s a little bit behind Turn 15.

“For safety purposes, it’s more suitable for motorbikes, and now we made it even safer for the use of Formula 1 or any other big calibre motorsport championship we might host, or I should say, we will host at Losail International Circuit.”

Al-Hamad was hopeful that hosting the F1 race would help put Qatar in contention to bring other major motorsport championships to the state in the future.

“Formula 1 being here is definitely going to attract a lot of attention, and put us back again in the spotlight,” he said. “So there’s a huge possibility that we’re going to host a lot of other motorsports events in the state.”

F1 looks set to move to a newly-built circuit in Qatar when the 10-year contract begins in 2023, taking next year off as the country focuses on hosting the 2022 FIFA World Cup.