Some observers have questioned why Renault would want to supply its power unit to another major team when it already faces competition from Red Bull, but Prost can only see benefits.

"It will make pressure," he told Autosport. "Because we will have one more competitor in our field.

"But we know that and we hope that it's going to be positive pressure, and it's a fact that we have to beat everybody."

Prost said the Enstone team made progress in 2017, and that the last minute jump from seventh to sixth in the constructors' championship at the final race was a just reward.

"If you make the resume of the season, sixth position is not too bad," he said.

"At the end of the second part of the season we were very close to being most of the time the fourth team in terms of performance.

"It's not an excuse, but what we showed in Abu Dhabi was when we put everything together, with the pressure we had, we can manage to do it.

"The gap to the front is still big, but at least you start like this to make everything a little bit better. So it's very positive.

Prost acknowledged that even for a works team like Renault the extra $6.5million in earnings secured by the jump from seventh to sixth was a big boost.

"The money is important, because when you get more money, other teams get less!" he said.

"And also the fact is that the last race is very important, it gives the motivation to the people during the winter, they feel a little bit less pressure, they are happier to work." 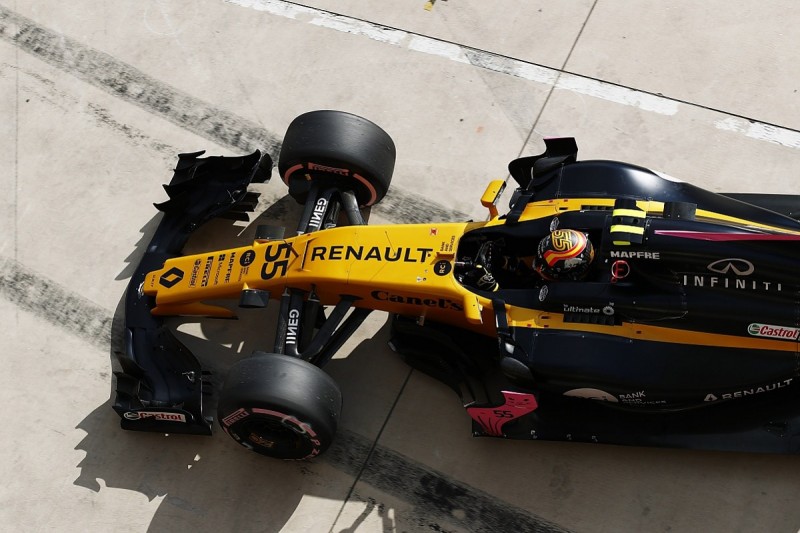 He added the decision to bring in Carlos Sainz Jr alongside Nico Hulkenberg before the end of this season was a key move.

"[It was] very important for us," said Prost.

"Obviously we don't know if we are going to keep him at the end of 2018, but we had to make this choice, because we are not in the position to be world champions yet. So we have to put step by step.

"We'll see what's going to happen next year with the market, as it's very open. We need to concentrate on the work with Carlos and Nico."