Promoted: Inspiring the next generation of female engineers

Increasingly, automotive and motorsport organisations are enjoying greater gender diversity within their workforces, and initiatives such as International Women in Engineering Day 2019 (celebrated earlier this month) are encouraging more females to consider engineering as a career

Supporting this initiative, two female engineers have shared their story with the aim to inspire the next generation to follow their footsteps. INFINITI Academy Engineer & W Series racing driver Sabré Cook, and Renault F1® Team Performance Optimisation Section Leader Kayleigh Messer, are living proof that it is possible for women too to chase their dreams and built a successful career in automotive and F1® engineering.

Last year, American racing driver Sabré Cook impressed judges to win the USA regional final of the INFINITI Engineering Academy - the global talent search for the brightest young minds in engineering run by the premium automotive manufacturer INFINITI. As a result, she was awarded a 12-months engineering placement with INFINITI and Renault F1® Team.

As well as competing in the new W Series, Colorado-born Cook has just completed her work placement at INFINITI's Technical Centre in Cranfield, and is now doing the second part of her placement at Renault F1® Team, working as Composite Design Engineer.
In her time in the INFINITI Engineering Academy she has worked with a number of female engineers at both Renault F1® Team and INFINITI, including Kayleigh Messer, Performance Optimisation Section Leader at Renault F1® Team.

"It's great meeting other female engineers who are excelling in their fields and are very much respected in the industry," said Cook.

"Kayleigh inspired me and is proof that there is space for women in engineering at any level, and that it is possible to get to the top regardless of who you are or where you come from."

Research conducted by Microsoft revealed that girls interested in science, technology, engineering and maths (STEM) subjects almost doubles when they have a role model to inspire them - and both Cook and Messer hope they can motivate more girls to take-up an engineering career in the future.

"I'd strongly encourage anyone to go after a career in engineering: there is a lot to contribute, a lot to gain, and lots of satisfaction that come with it," added Messer.

From their side, INFINITI and Renault F1® Team agree that there are significant advantages in gender diversity. Both companies have worked together with Cook and Messer to champion International Women in Engineering Day 2019 by showcasing prominent role models in key positions and inspire more female students to take-up a career in engineering.

"We experience the benefits that diversity brings to the company on a daily basis", said Tommaso Volpe, Director of Global Motorsport & Performance Projects at INFINITI. "Not only cultural diversity, but also gender diversity, which is key to the development of any industry. Diverse thinking, new ideas and different approaches are especially important in engineering, as they are the cornerstone of technological progress."

Winning the USA edition of the INFINITI Engineering Academy last autumn gave engineering student Sabré Cook the perfect opportunity to kick-start her career, and during her placement she says the experience has been invaluable.

"No other opportunity in the world would have given me the range of experience that the INFINITI Engineering Academy provides and I know that after my time here I will be better prepared to tackle any engineering challenge and will have a head start in achieving my future career goals." 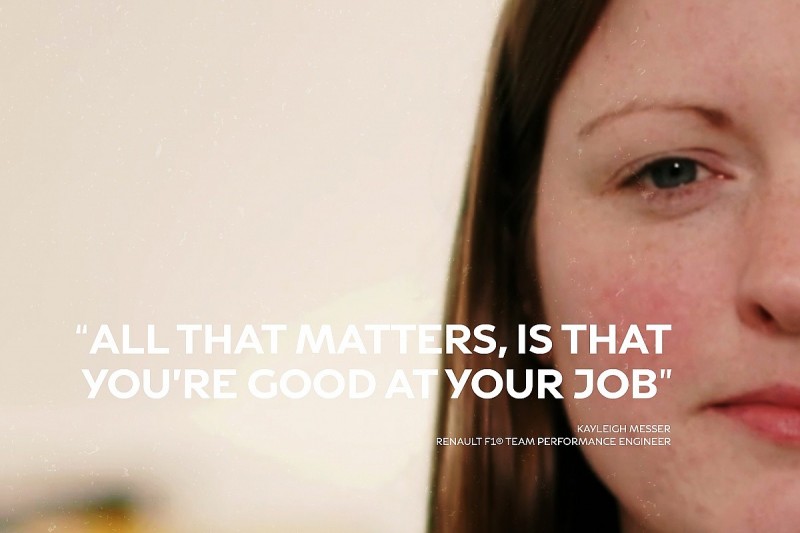 If you are living or studying in one of the eligible regions (Mexico, Asia & Oceania, Europe, Canada, Middle East and the USA) and want to follow in the footsteps of Sabré Cook and the other INFINITI Engineering Academy winners, apply now for the 2019 edition of this unique programme.

The seven winners will be awarded a 12-month work placement in automotive and Formula 1™ engineering with INFINITI and Renault F1® Team, and will have the chance to train with world leading engineers.

To secure a place you must be fluent in English, studying an engineering or science degree (or have graduated in the last 12 months), and be a permanent resident in one of the eligible countries.

The INFINITI Engineering Academy is a global search for the best young engineering talent. Apply here for your chance to win a year's paid work placement with INFINITI and Renault F1® Team.

How McLaren has added to its greatest weapon