Antonio Felix da Costa is sure that good results in the final Formula Renault 3.5 series rounds of the season are the key to securing a Formula 1 drive with Toro Rosso

The 22-year-old is favourite to take the seat vacated by Daniel Ricciardo, but has had a troubled season in FR3.5, with several small problems taking their toll and leaving him fifth in the standings, 68 points adrift of championship leader Kevin Magnussen.

With three double-headers remaining, the Arden Caterham driver is determined to prove he is ready for the step up.

"Now we know the chance is officially there and it's all relying on my World Series results," da Costa told AUTOSPORT.

"It doesn't affect my focus. It's extra pressure, but maybe we need to take that and turn it into positive pressure.

"I can't think 'people are always talking about F1, what if I don't make it?'

"The way I have to think is that if people are speaking about me going to F1, it's because I am a good driver.

"I know that if I have a great end to the season the spot will come. That's the way we have to look at it."

Da Costa, who has just one win to his name so far this season, accepts that Red Bull wants to see him to live up to high expectations to prove he is worthy of promotion.

He wants to ensure that his results do the talking rather than having to make excuses, even if they are justified.

"At the end of the day, the bosses want results not explanations," he said.

"It's my job to fix the problems and to give them the results so they have the reasons to promote me.

"They know what is going on and they are giving me and everyone around me a hard time, but that is how it should be and I respect that.

"If we cannot take the pressure now, then why would we be able to handle fighting for a world championship in F1?" 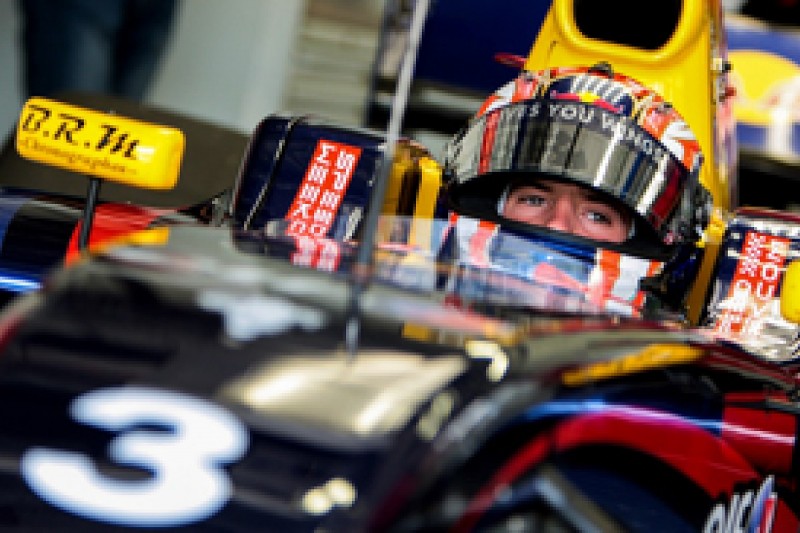 Had Antonio Felix da Costa's 2013 season panned out as expected up to this point, he could have already been sitting on a 2014 Formula 1 deal with Toro Rosso.

But, while he remains favourite for the seat vacated by Daniel Ricciardo, it would appear that he still has to earn it in the final three rounds of his Formula Renault 3.5 season.

Da Costa's scrappy 2013 campaign (results-wise) has raised eyebrows with his Red Bull mentors, but AUTOSPORT understands that a visit from Helmut Marko to the most recent round at Spielberg resulted in the Austrian firm relaxing its stance ever so slightly.

Prior to that event, it is understood that some doubts were creeping in high up the Red Bull foodchain about the kid who wowed the firm with his half-season on their books in 2012.

But after Marko saw a particularly bad weekend for da Costa up close in Austria, he realised that plenty of outside factors have played their part this year beyond the driver.

FR3.5 is coming towards the end of a two-month summer break, and the word is that da Costa has been given a clean slate for the rest of the campaign. A source close to the situation says: "September is a very important month."

Given that he won races in 2012 at all three of the tracks remaining on the calendar (Hungaroring, Paul Ricard, Barcelona), he has reason to feel confident that he can earn the F1 promotion that had once seemed inevitable.