Theo Pourchaire understand's the difficulty Alfa Romeo is having in arranging him a Formula 1 FP1 outing, and says he would rather not participate over a Formula 2 weekend.

The Alfa Romeo academy member, who is currently third in the F2 standings, was due to take part in FP1 at Le Castellet at this weekend’s French Grand Prix.

After the cancellation of the Russian Grand Prix, the scheduled F2 round was moved forward, forcing Fred Vasseur to postpone Pourchaire’s planned running.

But the Frenchman says he would “prefer to concentrate on F2 and do only F2 or F1 in the weekend” despite difficulties finding an alternative slot.

Asked if they had managed to reschedule the session, Pourchaire said: “To be honest, we didn’t talk about that with Fred. We try to talk only about F2, he told me to concentrate on F2.

“But I saw the interview, normally it was planned to drive in Le Castellet, but fortunately or unfortunately there is the F2 weekend now.

“It’s good to have my own race, but we will see in the future.

“I can understand it’s difficult because it’s not easy, there are only two or three tracks maximum where it’s possible, but I know there is a Pirelli test, there are weather issues as well.

“Zhou is a rookie and Bottas needs to drive around Singapore, he didn’t drive there, Suzuka [which has been absent from the calendar for two years].

“I don’t think about that, to be honest, I prefer to think about F2 and I have something to win in F2 this year.” 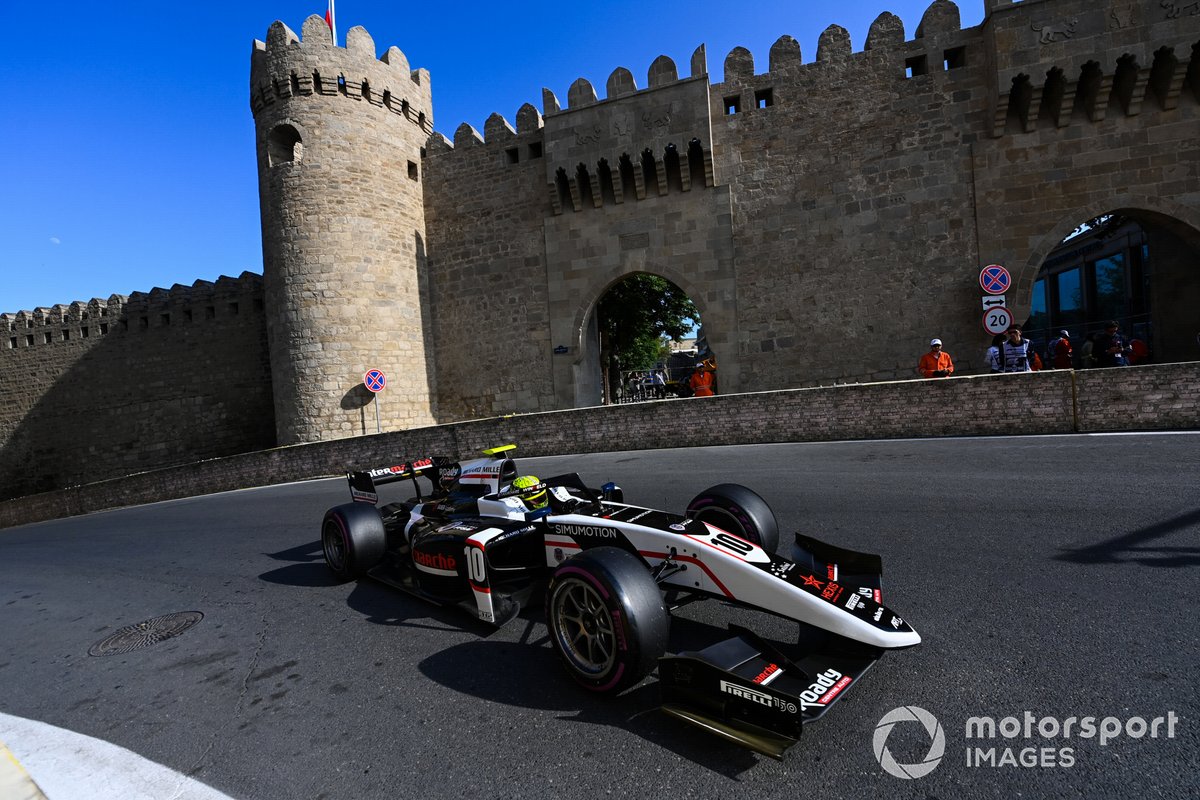 Asked whether he would be happy to drive in both series in the same weekend, Pourchaire added: “Not really, to be honest, it depends.

“For sure, if I’m champion two races before the end, which I think will be almost impossible, yeah, why not drive on the same weekend.

“I would prefer to concentrate on F2 and do only F2 or F1 in the weekend.”

Vasseur told Autosport at Silverstone that the team would “have to find a slot at the end of the season,” adding: “It's not so easy because you don't want to do it in Singapore.

“Japan is tough for a rookie, and it's also tough for the guy whose car [he is] driving. [We] didn't do Japan for the last two seasons.

"You have the sprint races, and you will have probably two or three races where we will have to do the tyre test.

“It means that this you will kill FP2, and that means that it's quite difficult to have a rookie in FP1, and tyre testing in FP2.

"Mexico could work, Austin team could work. But they [Pirelli] will have to do the tyre tests. And I think it will be also dependent of the weather."