The governing body made significant alterations to the way F1 races are officiated following Max Verstappen’s victory in the 2021 season finale, when the rules regarding the safety car were interpreted in a new way by then race director Michael Masi.

This significantly disadvantaged Mercedes driver Lewis Hamilton and led to his defeat in the title battle he was seemingly on course to win.

This was the headline FIA change, but among other implemented measures it also created a virtual officiating room at its Geneva base to assist the on-site race director, as well as requiring team managers to contact race control via an intermediary official during on-track action.

But the alterations have not stopped officiating controversies erupting this season – although none have been on the scale of the saga that blighted the end of 2021 – while Wittich’s focus on banning drivers from wearing jewellery and ensuring they wear compliant fireproof underwear on track has also generated headlines.

The rules debates this year include Carlos Sainz being aggrieved that race control did not step in sooner when it was clear he had beaten Sergio Perez to the pit exit safety car line in Jeddah, Fernando Alonso’s fury at being penalised for cutting a chicane in Miami and both Red Bull cars being cleared for crossing the pit exit line last time out in Monaco, when Yuki Tsunoda’s similar move at the pit entry line in Austria 2021 was sanctioned.

Several drivers also expressed their frustration that a requested Tecpro barrier was not installed at the Miami chicane following Carlos Sainz’s heavy crash there, where Esteban Ocon later cracked a chassis.

This, combined with the jewellery debate and perceived on-going inconsistencies in sporting penalty decisions, has led to tension between the F1 field and officials.

When asked to assess the FIA’s officiating so far in 2022, Alonso, who raged against his Miami penalty before backtracking after talks with president Mohammed bin Sulayem, led the discussion – after an amusing exchange with Sebastian Vettel over who would field the question in light of Alonso’s comments in Spain.

“I have full trust in the FIA president, yes,” said Alonso. “That would be my answer.

“[But] at the moment maybe [decisions are] a bit rough. We saw few things at the beginning year that were not as consistent as we wish, or as we ask for, [and] I think there is room to improve yes.

“But I have full trust in the FIA president. So, he will fix the things that need to be fixed.” 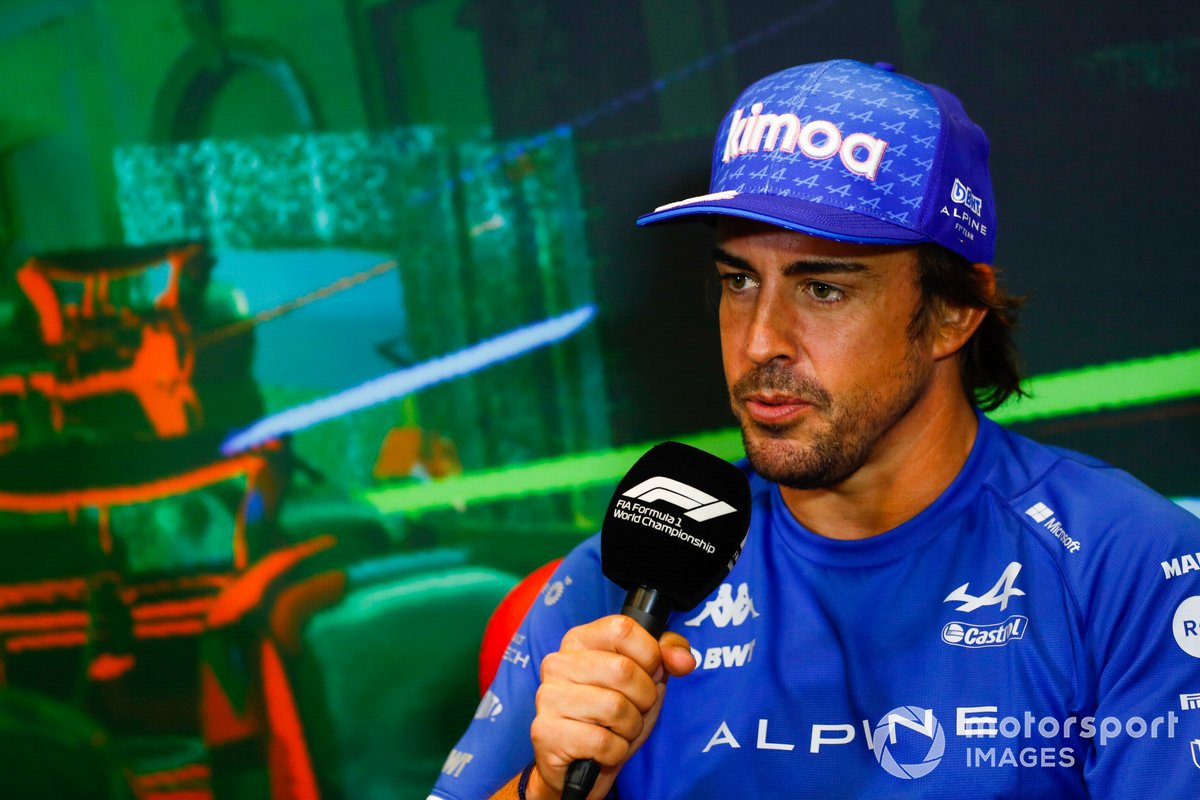 Speaking alongside Alonso, Ferrari driver Charles Leclerc said: “I would like to see more consistency, this is where we need to improve.

“Whether it will be improved or not I don't know but as Fernando said there's room for improvement and now we just need to make things better.”

Hamilton stated that “we have to have confidence that they will continue to make progress” and that he thinks “it's about collaboration”.

He added: “Generally I think that a good job has been done so far. It will get better. We are trying to work with the FIA.

“From Mohammed – I think it's a huge role, big shoes to fill, and we just need to give him time.

“There's a lot that he wants to do and lots of things he wants to change. I believe from what he has told us that he will do those.”

Vettel acknowledged for the drivers “it's always difficult sometimes [when] you have to deal with decisions that [sometimes] you understand and agree with and sometimes you don't”.

“But it's also a bit the nature of the sport,” he continued. “It's not always a black and white decision. For us you can always improve and there's always stuff you can learn.” 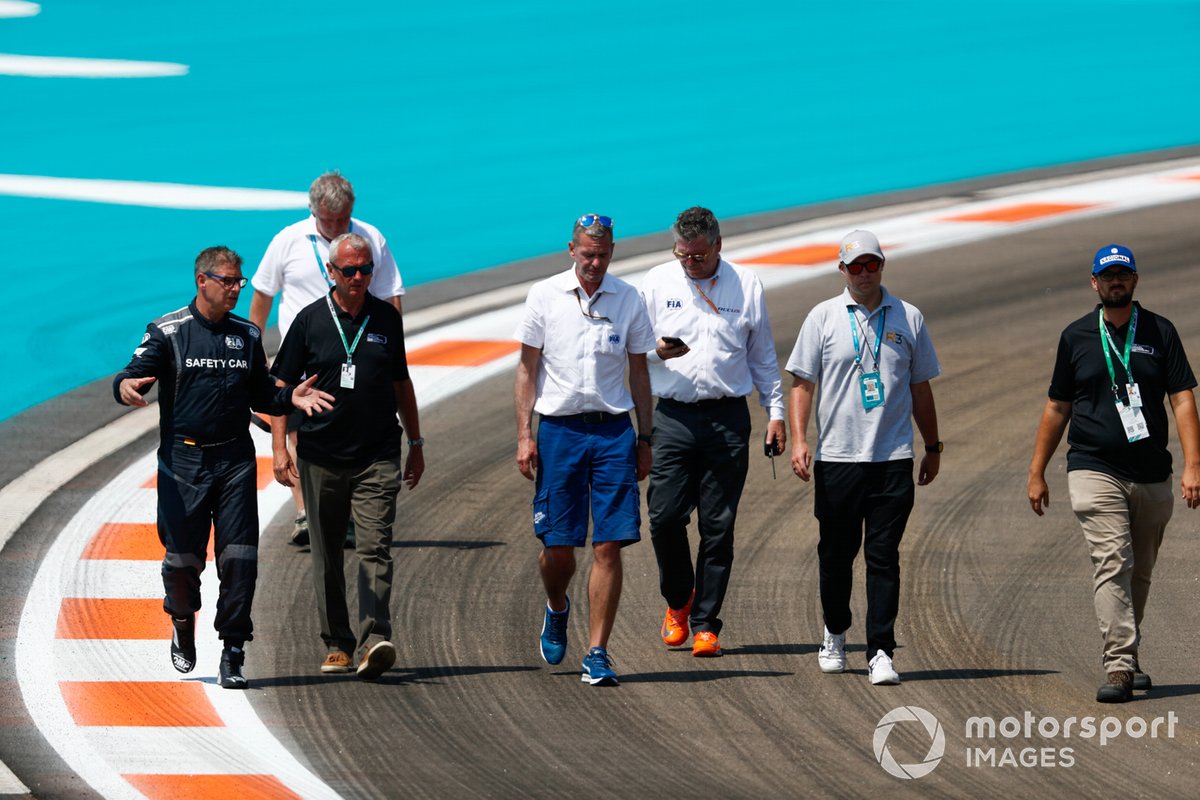 On the specific issue of having alternating race directors, which Haas driver Kevin Magnussen said on Thursday was making it “more difficult to really understand what the rules are”, George Russell said it was “too early to judge”.

“Obviously, the two race directors are new to the role and with any new role you need time to settle in,” Vettel’s fellow GPDA director continued.

“We're seven races in – five and two races each [for Wittich and Freitas respectively].

“We're obviously the only 20 drivers within the race cars who have a feeling of what the race tracks are like – what needs to be done to improve safety to improve the race and whatever.

“And we need to have this open relationship to push the sport forward in all directions. And I think it'll take a few more races.

“But hopefully we'll all be on the same page sooner rather than later.”

Speaking at an earlier press conference session ahead of opening practice for this weekend’s Baku race, alongside Russell, Alfa Romeo’s Valtteri Bottas suggested: “One [race director] would be better than two or three”

“That's my feeling,” he added.

“That's my opinion. I think one would be better.”