In overcast and cooler conditions compared to the Friday running, the drivers had to spend lots of time carefully preparing their tyres to get them in the correct temperature window with multiple warm-up laps on the low-grip surface at Portimao.

The final one-hour practice session was something of a slow burner, with most teams keeping their cars in the garage during the opening 10 minutes, leaving the two Haas drivers to trade the early fastest times.

Mick Schumacher set the P1 benchmark at 1m23.026s on the medium tyres, just before he spun off backwards running through the long, downhill right-hand final corner on his next slower lap.

He quickly got going from the low-speed incident and improved first place with a 1m22.77s before team-mate Nikita Mazepin briefly took the top spot on the soft tyres until Schumacher improved again on his next flying lap with a 1m21.776s.

Just before the 15-minute mark, most of the rest of the pack joined the fray, with Kimi Raikkonen the first to try a flying lap on the softs, which he quickly had to abort for running too wide at the exit of Turn 1.

It was Yuki Tsunoda who finally pushed the Haas drivers off the top times with a 1m20.997s on the mediums before several drivers, led by Raikkonen, enjoyed a spell in first place as the benchmark continued to fall.

The Mercedes drivers completed just an installation lap during the opening 20 minutes, while Verstappen did not appear until just after Esteban Ocon had brought the fastest time down to a 1m19.672s on the medium tyres as the session’s first third ended.

The Black Arrows cars and Verstappen then headed out for their first real runs straight on the soft tyres, but all three were initially frustrated by a brief virtual safety car, which was activated after an advertising hoarding that had blown over in the runoff beyond the final corner was re-erected by the marshals. 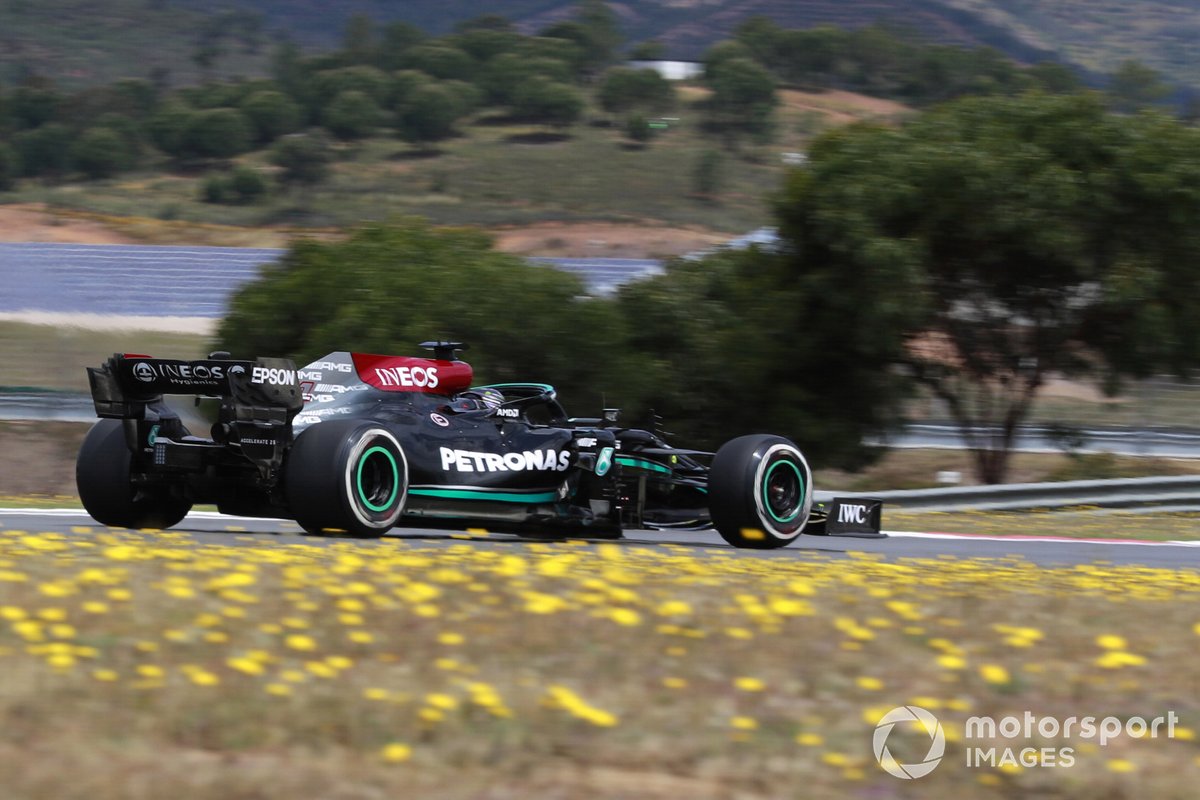 When green flag conditions returned after a couple of minutes, Charles Leclerc took first with a 1m19.001s on the softs, which was almost immediately beaten by Sergio Perez’s 1m18.840s.

But that too was soon usurped, this time by Hamilton’s 1m18.755s, just after Raikkonen had briefly brought out yellow flags with a quick spin exiting the Turn 8 double apex right, losing the rear as he got on the power exiting the corner’s second part.

After a lull in action following the session’s halfway point, Verstappen moved to the head of the times with a 1m18.545s, gaining time on Hamilton as the lap went on and jumping ahead with the fastest third sector.

There were few improvements at the head of the order as the final 10 minutes approached before Hamilton established a personal best but remained second – the gap to Verstappen cut to 0.180s.

But the Red Bull driver wasn’t finished, as Verstappen put in a remarkable effort to set the session’s fastest time, a 1m18.489s, but did not set any personal best or fastest overall sectors.

That put Verstappen 0.236s clear of Hamilton when the session ended, with Valtteri Bottas in third 0.331s adrift of the top spot and Perez ending up fourth, just 0.02s slower than the second Mercedes.

Verstappen appeared to be going for one final flying lap in the dying minutes, but he had to back off after running beyond the Turn 1 exit track limits and then locking up and going deep at Turn 3.

Ocon gained time when he switched to the soft tyres during the session’s second half and slotted into fifth, ahead of Leclerc and Carlos Sainz Jr in the second Ferrari. 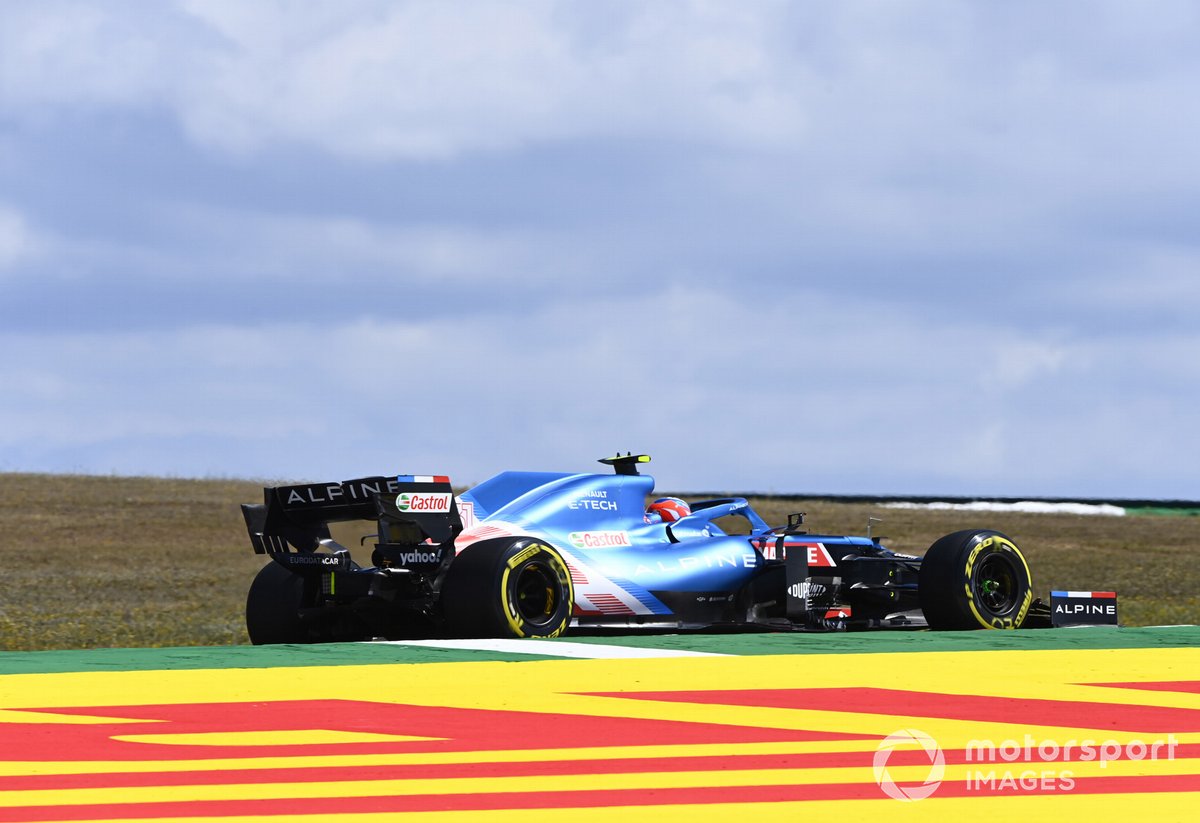 Lando Norris was another spinner, losing the rear of his McLaren as he got on the power early in the final corner with 15 minutes remaining and going off backwards before quickly getting going again.

He ended up eighth ahead of Pierre Gasly and Raikkonen.

Mazepin brought up the rear of the field and had a brief off beyond Turn 11 late on, as he lost the rear of his car running on the outside line around the slowly touring Perez and skated into the gravel as a result.