Porsche's hopes of entering Formula 1 are not over yet, suggests the FIA, despite the collapse of the German manufacturer's original plan with Red Bull.

With its parent Volkswagen Group company eager to get two of its brands into F1 in 2026, Porsche had originally looked set to tie up with Red Bull while Audi partnered with Sauber.

However, despite Porsche's talks with Red Bull reaching an advanced stage, and even getting as far as it seeking permission from competition authorities for the deal to go ahead, things fell apart after the summer break.

Red Bull felt concerned that the independence that had been one of its core strengths in F1 over the years could be compromised if Porsche became a shareholder in the squad.

Speaking in the wake of their discussions ending, Red Bull team boss Christian Horner made it clear about there being key differences in approach.

"Porsche is a great brand, but the DNA is quite different," he said.

"During the discussion process it became clear that there was a strategic non-alignment. Red Bull has demonstrated what it's capable of in F1. And obviously, as an independent team and now engine manufacturer, we look forward to go to competing against the OEMs with the powertrain as well as the chassis."

The collapse of the Red Bull partnership, just a few weeks after Audi confirmed its entry to F1, appeared to leave Porsche with very few options to find a way back in. 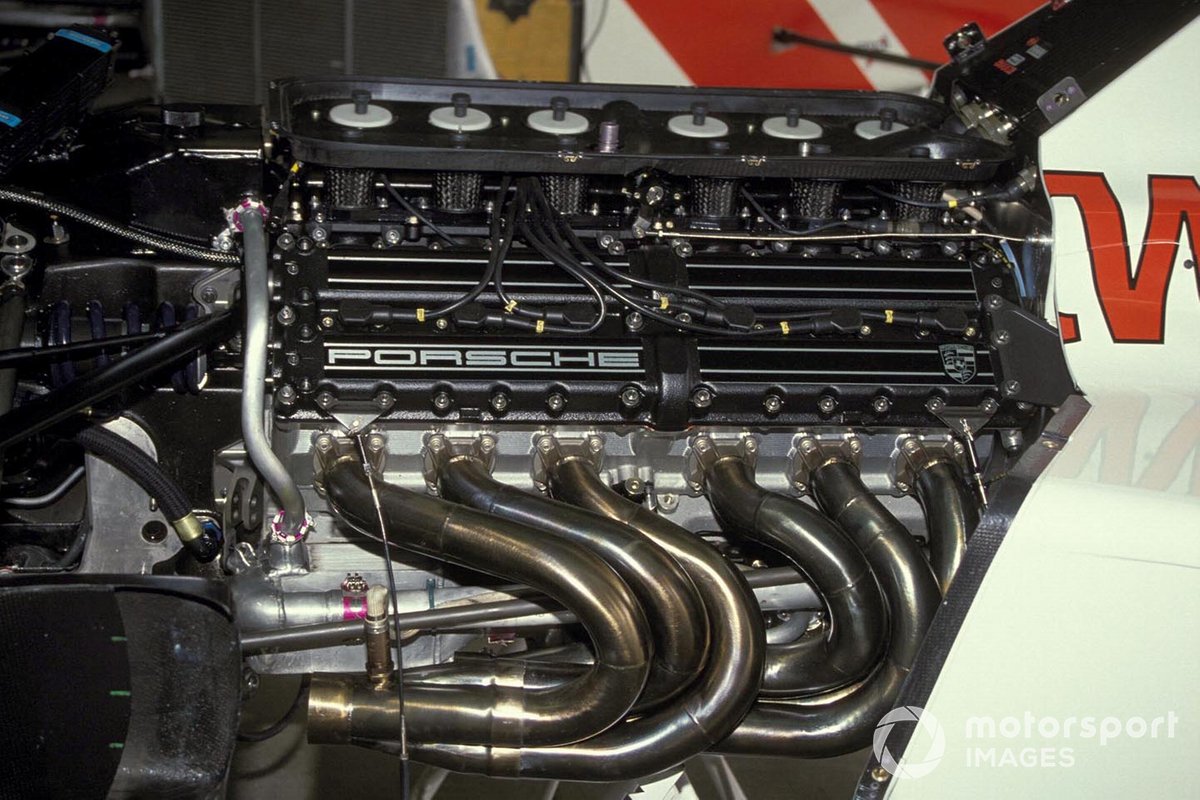 Porsche engine in one of the Footwork A11Cs

Back in September, however, it indicated it was keeping the door open about an F1 future but offered little more.

"The premise was always that a partnership would be based on an equal footing, which would include not only an engine partnership but also the team," it said in a statement. "This could not be achieved.

"With the finalised rule changes, the racing series nevertheless remains an attractive environment for Porsche, which will continue to be monitored."

It appears Porsche has been actively looking at options, with the FIA suggesting talks are taking place with teams.

In a note motor racing's governing body sent out after a meeting of its World Motor Sport Council on Wednesday regarding the 2026 engine rules, it said: "At Spa-Francorchamps in August, Audi announced it was joining the FIA Formula 1 world championship from 2026 as a power unit manufacturer.

"This announcement was an endorsement of the hard work by all stakeholders to develop those regulations. We also note that Porsche are still in discussions with Formula 1 teams."

There has been no indication of which teams the FIA is referring to, but obvious candidates would be Williams or a potential new entrant from Andretti.

Andretti has been looking to enter F1 but has faced resistance from other teams over the potential commercial implications of having an 11th squad on the grid. The inclusion of an OEM like Porsche could, however, convince the sceptics that it would be beneficial to have Andretti there.

Williams is currently committed to Mercedes until the end of 2025, but its options are open after then. It has been linked with Renault, which is looking for a customer team, but it would obviously be interested in a Porsche tie-up.