Leclerc qualified second for the Mexico City event but was promoted to pole following a post-qualifying three-place penalty being given to Red Bull's Max Verstappen.

Ferrari discovered an issue after qualifying and on Sunday morning in Mexico Leclerc's car was on stands in the garage while checks were carried out on "some hydraulic parts of the gearbox" under supervision from the FIA.

No penalty-inducing changes were required but Ferrari replaced the hydraulic actuator as well as the "MOOG block", part of the hydraulic control system, and "TAG320B", which is the control ECU.

Meanwhile, Mercedes expects Valtteri Bottas to start the race from sixth on the grid following his qualifying crash.

Mercedes had to undertake a significant repair job after Bottas's heavy shunt at the final corner in the dying moments of Q3 but it has been able to complete that work without replacing any penalty-inducing components.

The team said Bottas should be able to take the start without penalty "barring any unforeseen surprises between now and then".

It has now been revealed by the FIA that Mercedes replaced an enormous list of components on Bottas's car, ranging from the front suspension to both wings, the floor and gearbox and ERS elements. 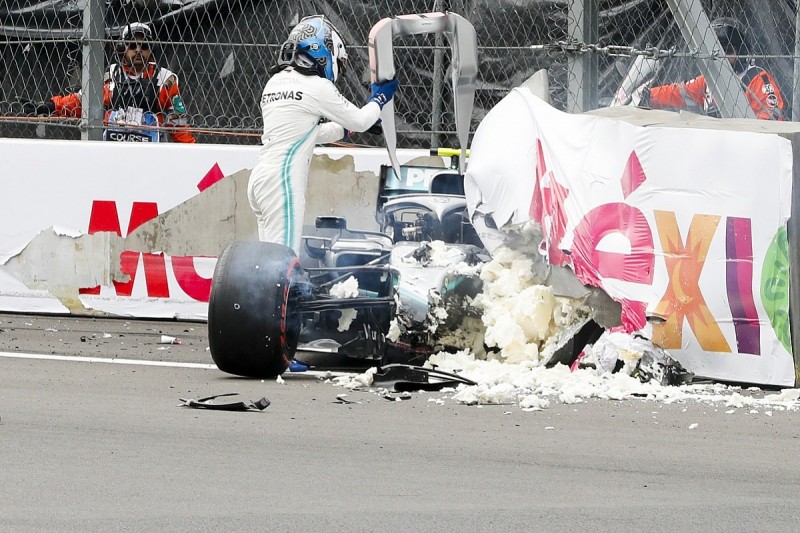