Lewis Hamilton recovered from a Q2 spin to take his 91st career pole position in the 2020 British Grand Prix, as Mercedes finished over a second clear of the pack 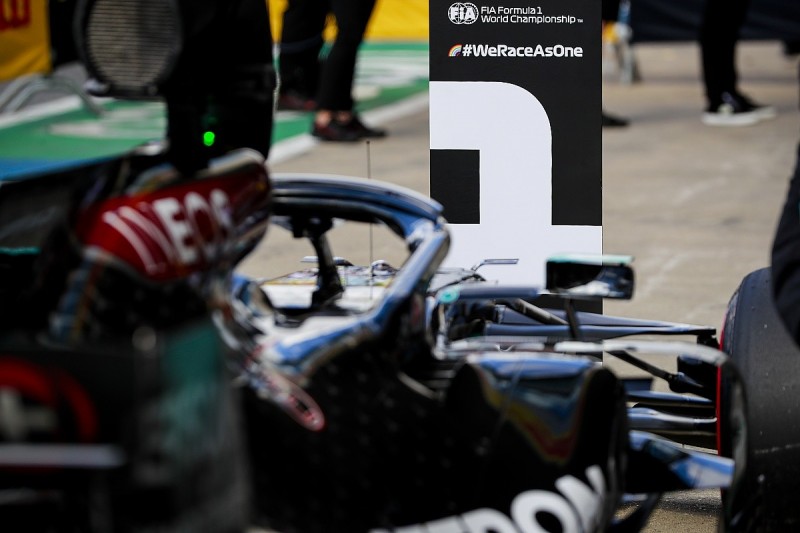 Hamilton's team-mate Valtteri Bottas set the pace in both Q1 and Q2, but couldn't match his team-mate in the decisive final runs as Hamilton set two laps good enough for pole.

The Finn ended up three tenths in arrears, but still comfortably clear of the fastest non-Mercedes, the Red Bull of Max Verstappen in third.

Ferrari meanwhile had its best qualifying of the year with Charles Leclerc starting fourth, although team-mate Sebastian Vettel admitted his weekend "can't get much worse" after struggling to 10th.

Lando Norris's McLaren beat FP2 pace-setter Lance Stroll's Racing Point to fifth while Formula 1 returnee Nico Hulkenberg was another to miss the Q3 cut in the second Racing Point, the German admitting that he hadn't been able to maximise the controversial RP20's potential.

In the latest edition of the Autosport podcast, Grand Prix editor Alex Kalinauckas is joined by Luke Smith to discuss all the goings on from qualifying and look ahead to the race.