Pirelli Formula 1 boss Mario Isola says that the company would have been “stupid” not to introduce the new and more robust tyre construction that is being used this season.

After a spate of tyre failures at last year's British Grand Prix, the FIA took a two-pronged approach to addressing the loads on tyres in 2021 by first mandating an estimated 10% downforce cut with a package of aero reg updates, and later by homologating a more robust construction that Pirelli tested late last season.

Isola says that although F1 teams have already clawed back around half of the downforce lost due to the aerodynamic changes, the increased margin combined with the new construction has allowed Pirelli to meet its target of dropping the minimum pressures.

Speaking after Friday practice for the Bahrain Grand Prix, Isola said that the tyres "are working as expected".

“The decision to introduce it was the right one, because it's stupid if you have a better product in your pocket not to use it. Obviously we have the obligation to freeze the tyre once the season starts, and that's in the agreement, we know that.

“But if we have something that is available, not using it is not the right decision. So I'm happy that we pushed for the introduction of the new tyre, and I'm sure that it's the right move.”

Isola believes that teams will not only regain 2020 downforce levels within this season, but potentially exceed them, further validating the decision to bring a more robust compound. 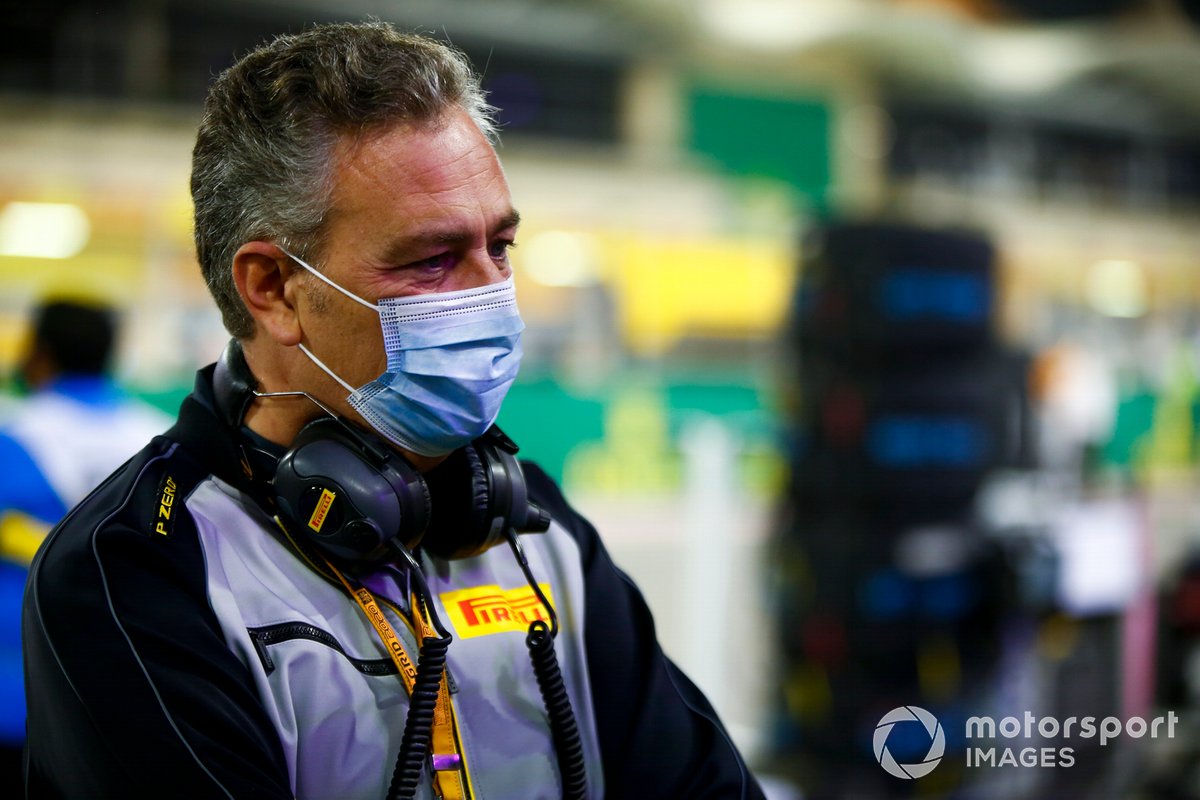 From the "4-5% that is still missing", he predicted that because teams "usually gain roughly 10% in downforce" per year, "at the end of the year, probably we have cars with 5-6-7% more downforce than last year".

Friday running in Bahrain indicated that the soft tyre will be a popular choice for the race, with Isola admitting that the 0.9s difference relative to the medium was "bigger than expected".

That will impact qualifying strategy, with teams less likely to attempt to qualify and thus start on the medium.

"The expectation was in in the range of 0.5s, while the delta between hard and medium is 0.4s, so in line with the expectation," Isola said.

“That means that if the weather is cooler on Sunday, the soft can also be a choice for the race, because it quite fast compared to the medium, if the teams are able to manage degradation from the rear tyre.

“The number of pit stops and the length of the stint in Bahrain is dictated by the rear overheating and degradation. In terms of strategy it can be two-stop, using soft medium medium, or two sets of soft and one set of medium probably.

“This is also affecting the qualifying session, because it means that starting on the soft is not a big disadvantage.”