The Italian company's decision to revert to its 2012 construction since the summer break has coincided with a return to dominance for Sebastian Vettel, whose back-to-back wins in Belgium and Italy have left him on course for a fourth consecutive world title.

Red Bull campaigned hard in the early stages of the season for Pirelli to move away from its more aggressive 2013 specification, and appears to have been the main beneficiary of the tyre change that was brought in after the British Grand Prix failures.

But Pirelli motorsport director Paul Hembery insists there is no link between the recent lack of spectacle and its tyres.

When asked about comments from fans that Pirelli's change of tyres had ruined the racing, Hembery said: "I thought the German and Hungarian Grands Prix were two of the best races we had ever had in Germany and Hungary - so I think that [complaint] is nonsense.

Most of the criticism aimed at Pirelli is because Red Bull and Vettel have dominated again, but Hembery is adamant that it is not the tyre supplier's duty to hinder the best team and driver.

"We try to do our bit - but there is only so much we can do," he said. "At the end of the day, Red Bull has done a phenomenal job and Sebastian has been great.

"He drove in Italy with some issues, like in the first stint when he had a flat spot from the first corner which probably a younger more inexperienced driver wouldn't have been able to manage.

"So you have to give a little bit of credit there as well.

"He is winning because he is a very good driver as well. It is up to the others to make the packages quicker.

"Red Bull has been on a bit of a roll, but next year there could be a bit of a reset and someone else will gain the momentum." 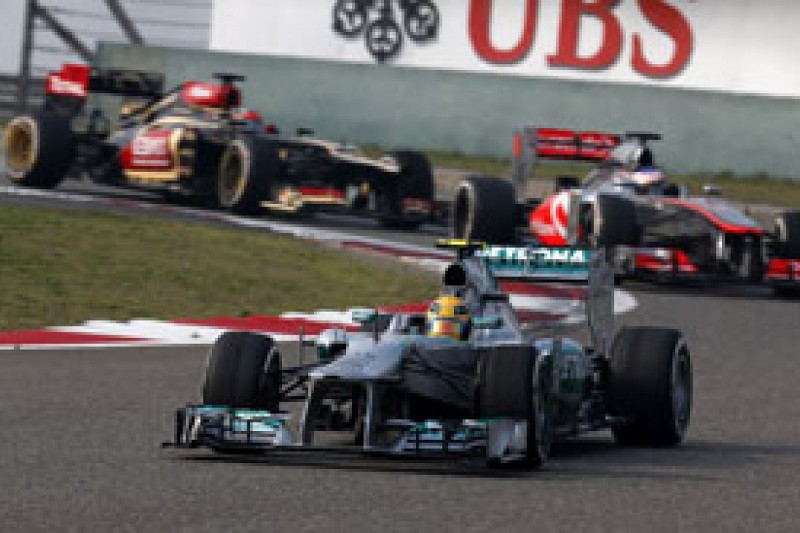 Although F1 is now heading for a stage of the campaign that in the past has also produced unspectacular races, Hembery thinks that compounds choices could mix things up this time around.

"We are looking to try to do some of the races like we did in China and Melbourne, where the top teams have to use the more aggressive compound to qualify and get track position.

"Then hopefully the teams in Q2 take the option of using the harder tyre to get track position after the first stops."