Poor weather limited the 10 teams' running in the first week at the Spanish Grand Prix venue, but better conditions in week two have allowed Pirelli to gather crucial data on its new six-tyre range.

Pirelli estimates a performance step of 0.8 seconds to the new soft tyre from the medium, which was called the soft compound last season but is the only one that is not a new specification for this year.

From the soft tyre to the supersoft Pirelli reported a more modest 0.4s difference, while the gap from the supersoft to the ultrasoft was "roughly 0.6s".

Pirelli's new tyre for 2018, the hypersoft, has been "0.7s to 0.8s" faster than the ultrasoft, according sporting director Mario Isola.

He said Pirelli has not made an estimate for the hard tyre, which is effectively an emergency compound for 2018, because "we don't have a lot of data because it was used just yesterday by Mercedes and Sauber".

Isola explained that the above numbers, which are specific to the Barcelona circuit, have been determined by "an average made from different teams" and the performance of the hypersoft is similar to last year's post-season test in Abu Dhabi. 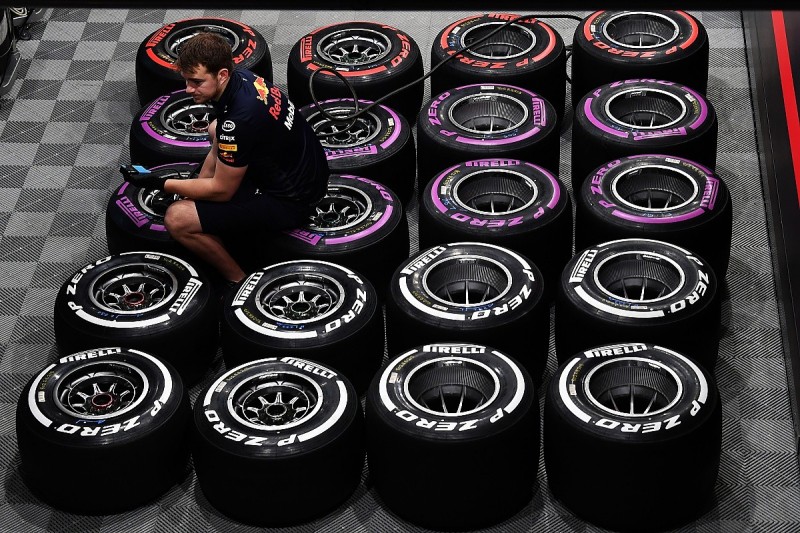 An added complication for Pirelli has been the new asphalt at Barcelona's Catalunya circuit, which has been resurfaced completely - primarily at the behest of MotoGP to smoothen out bumps.

"[The circuit] has completely different properties compared to the old one," said Isola.

"The old one was quite abrasive with a lot of degradation, a lot of wear, suitable for the harder compounds.

"This Tarmac is much smoother, but with a very good level of grip.

"That means we have less degradation and less wear because the Tarmac is smooth, but the grip is still good."

One of the consequences of the resurfacing has been the return of graining, which Isola claimed was never a problem in 2017.

"We had some blisters, we had some graining," he said. "Graining is new compared to last year, last year we didn't have any.

"I feel that the new Tarmac is generating a little bit of graining because it's smooth and you have some sliding on the front left.

"We have to confirm we have this kind of effect when we come back in May with higher temperatures.

"Blisters is not a surprise considering the energy the new cars are putting on the new tyres."