Pirelli has revealed images of what its prototype 18-inch Formula 1 tyres will look like, ahead of testing them on a Lotus at Silverstone on Wednesday

F1's tyre supplier is evaluating the new look rubber to help the sport's chiefs make an easier call on whether or not the sport needs to change its tyre concept from 2017 - after Pirelli's current contract runs out.

Pirelli motorsport director Paul Hembery said at the British Grand Prix that his company was open to developing new tyre sizes in the future, although he was not convinced 18-inch tyres were big enough.

"We said many years ago that the larger diameter rims were something we would always go along with, but we have also said we will do what the sport wants - and that is the over-riding factor," he said.

"So we thought let's go with it. It is about aesthetics. Does it make F1 more relevant for road cars and is it a direction the sport wants to take?

"We thought it would be worthwhile to create for the F1 Commission and the Strategy Group, some images of a current F1 car with some 18-inch tyres.

"The 18-inch tyre is one solution - but going forward I think 19-inch or 20-inch tyres are the direction you want to go." 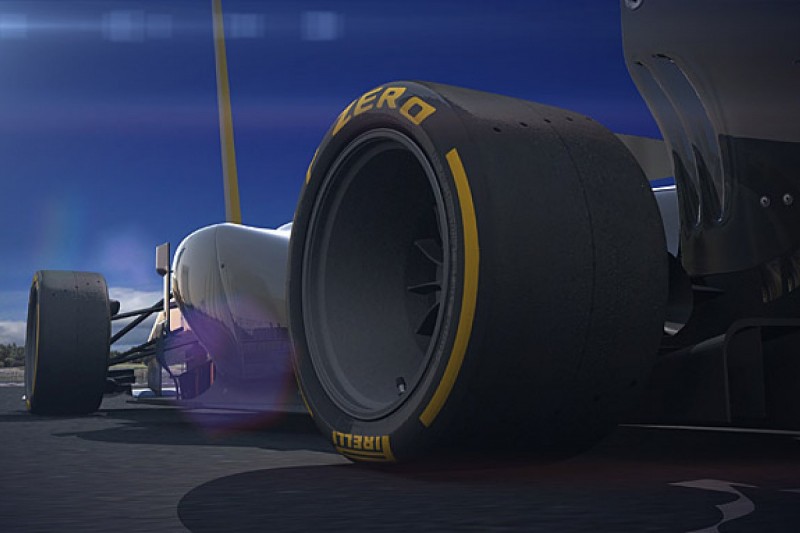