Pirelli has ditched the hard tyre as an option for the British Grand Prix, following concerns about its ineffectiveness with the 2017 Formula 1 cars

The hardest of Pirelli's options for 2017 has proved to be too hard to be of competitive use, with Sergio Perez went as far as suggesting in Spain that it was only good enough for "pictures" and had little point for actual competitive running.

F1 drivers brought up their concerns about the tyre during Friday night's drivers' briefing at Barcelona, and urged Pirelli's F1 racing manager Mario Isola to keep the hard on the sidelines for the rest of the season.

Pirelli had initially chosen the hard as one of its compounds for July's British GP, but at a meeting at its Milan headquarters on Monday it was decided that a change of plan was needed. 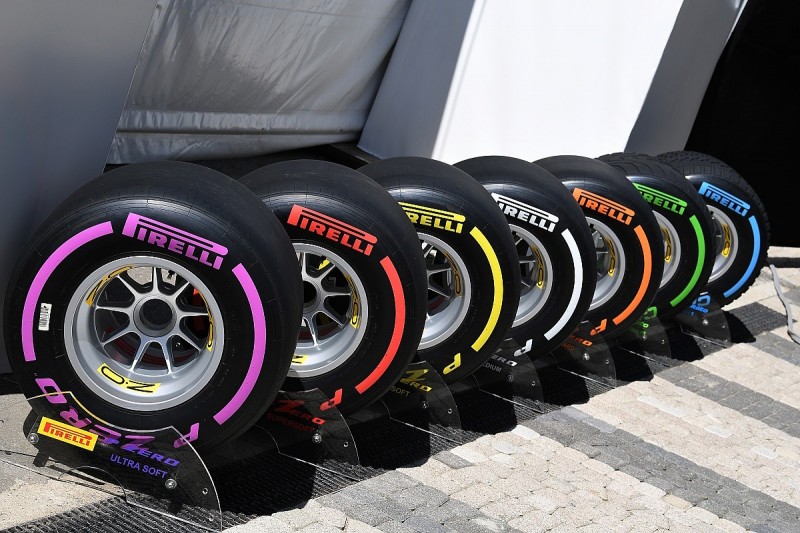 Instead, Pirelli will now bring the super-soft, soft and medium tyres, with teams having to make their choice this week on how many of each compounds they want.

With the hard now abandoned for Silverstone, the only other venue where it could make an appearance is Suzuka.

But that will depend on how aggressive car development is over the course of the next few months, as a further increase in downforce levels through team upgrades would increase loads on tyres.

Isola said over the Spanish GP weekend: "We are planning to use the hard in Suzuka.

"Suzuka is in the second half of the season, so we have to wait.

"The other high severity circuit was Sepang, but last year with the new surface Sepang was less abrasive."

Ferrari has brought out Vettel's best and worst