F1's tyre supplier had been tasked with improving the characteristics of its wet rubber for this season, a job that was made more complicated by the switch to wider tyres.

Having already trialled the tyres with Ferrari at Fiorano in January, further wet running took place at Barcelona on Thursday with teams running on an artificially-soaked track.

And although some drivers felt there had been progress with the wet tyres, Pirelli motorsport boss Paul Hembery said work was already underway in delivering better products for early in the campaign.

These could be ready for testing in time for the Chinese GP in April if there is an opportunity, but would only be raced later in the year.

"We have to change the working range of the compounds," said Hembery.

"We were going to do that on the full rain tyre, anyway.

"It was something we had been working on, particularly knowing we have got the standing start [after safety cars].

"Plus some of the comments from last season were that the drivers can't switch them on when they come through.

"We have been working on that and what we saw today was that the intermediate was also struggling.

"That is an effect of the width of the tyre, because the inter was the one the drivers said, 'don't touch, don't change because we're very happy with it'.

"Now we know we probably need to alter as well to match it." 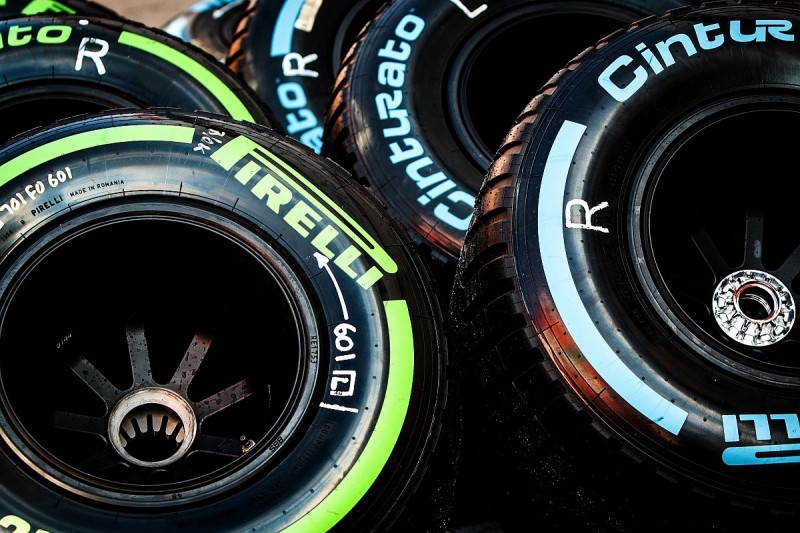 Hembery suggested there could also be room for two types of compound to be available for different races.

"There is probably a situation where you almost want to have two types of wet compounds - one for the warmer wet conditions and one for the Silverstone/Spa condition that is a lot cooler," he said.

"I believe we will have something ready for the China in terms of the first compound change here, and what we have been developing will go to the final result as something we can introduce."