Gasly was entering the final chicane at Suzuka slowly as Hamilton rounded 130R at full speed and caught the Toro Rosso still on the racing line.

Hamilton swerved right and locked up in avoidance, which sent the Mercedes down the escape road.

After investigating the incident following the session the stewards have handed Gasly his second reprimand of the season, noting that Hamilton "had to take evasive action" to avoid him.

The stewards reported that Gasly "admitted that he impeded car #44 and acknowledged that he ought to have stayed on the right hand side of the track and had left it too late to move off the racing line". 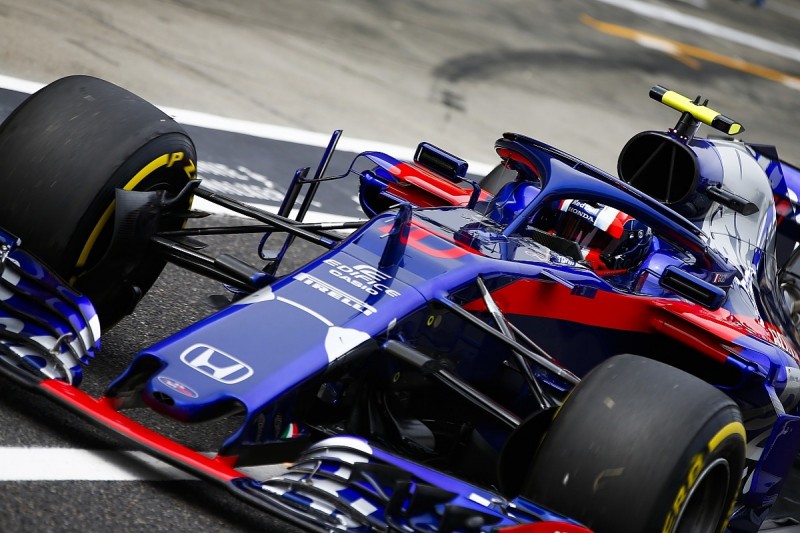 They said that as it occurred in Friday morning practice, the decision was to impose a reprimand.

Any driver who receives three reprimands in the same season will be given a 10-place grid penalty.

If the third reprimand is imposed following an incident during a grand prix then the penalty will be applied at the driver's next event. Practice or qualifying reprimands would result in a penalty that weekend.

The penalty will only be imposed if at least two of the reprimands were imposed for a driving infringement.

Both of Gasly's reprimands this season are for driving offences.

His first reprimand came after an opening-lap incident with Esteban Ocon in the French GP.

Gasly finished first practice at Suzuka 11th-fastest, while Hamilton was quickest as he continues to close in on a fifth title.