Alpine has signed Oscar Piastri to replace Fernando Alonso at its Formula 1 team next year.

Just 24 hours after the Enstone-based squad found it had lost Alonso to Aston Martin, it concluded contractual talks with Piastri to step him up from his reserve driver role.

The highly-rated young Australian had previously looked set to be forced to look elsewhere for a seat in 2023, with Alpine having originally intended to retain Alonso.

While there had been suggestions that he could be loaned out to Williams, it is understood that Piastri and his manager Mark Webber had been trying to secure a deal with McLaren instead as a replacement for Daniel Ricciardo.

But, with Alonso out of the picture and Alpine having a contractual call on Piastri’s services to put him in an F1 race seat, the situation has now changed - and his current bosses claim they have him on board for 2023.

Alpine team principal Otmar Szafnauer believed that a line-up of Piastri and Ocon in 2023 would put the team on the right path to its ultimate long-term ambitions of getting back to the front of the grid.

“Oscar is a bright and rare talent,” he said.

“We are proud to have nurtured and supported him through the difficult pathways of the junior formulae.

"Through our collaboration over the past four years, we have seen him develop and mature into a driver who is more than capable of taking the step up to Formula 1.

“As our reserve driver he has been exposed to the team at the track, factory and testing where he has shown the maturity, promise and speed to ensure his promotion to our second seat alongside Esteban.

“Together, we believe the duo will give us the continuity we need to achieve our long-term goal of challenging for wins and championships.” 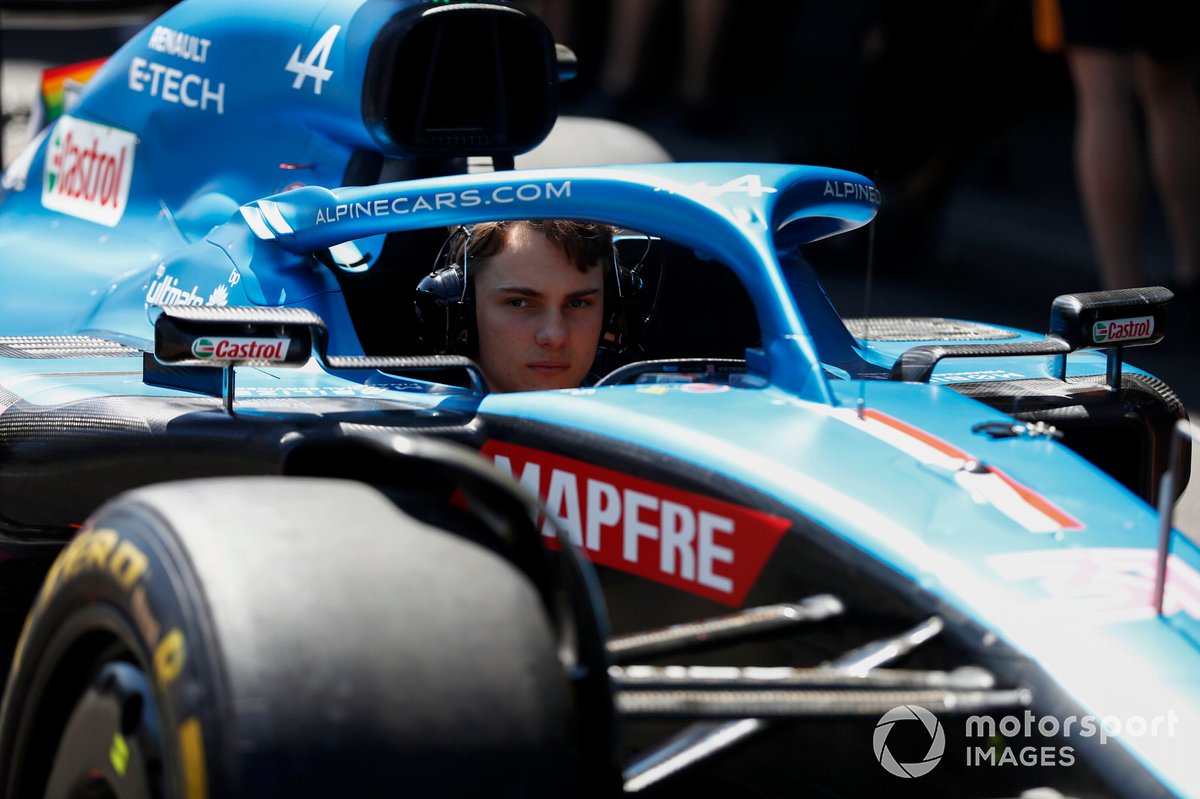 Interestingly, the Alpine release announcing Piastri’s step up did not include a quote from the Australian himself – which has further fuelled theories that the matter may not be as settled as it appears.

Speaking earlier in the day, Szafnauer had explained that the team had not done an immediate deal with Piastri because things were not entirely settled.

"So Oscar and his camp are considering their options, whatever that means,” said Szafnauer.

Pushed further on the matter, Szafnauer said that the contractual arrangements his team had with Piastri meant there was no doubt they could call him up for next year.

"What I do know is that he does have contractual obligations to us," he added. "And we do to him. And we've been honouring those obligations all year.

"And those obligations, last through '23, and possibly in '24, if some options are taken up.

"So therefore we do have a legal contract with him into the future for '23. And if an option is taken up, for '24. So I don't know what he's done with McLaren. Like I said, I'm not privy to that."

The nature of the Alpine release - which includes wording relating to deals already in place - could be viewed as an attempt by the team to make public that it has a contractual call over Piastri for 2023.

This would act as a firm hands-off warning to other squads trying to sign him, and that they could be set for a legal tussle if they continue to pursue him.