Sergio Perez is eager for Formula 1 drivers to discuss the existing ‘gentleman’s agreement’ in qualifying, saying that not everyone is respecting the rule about overtaking on warm-up laps.

F1 drivers have an informal agreement not to jump the queue of cars when coming to start a flying lap in qualifying, only for there to be multiple related incidents so far this year.

A number of drivers made overtakes on their outlaps during the final stage of qualifying for the Azerbaijan Grand Prix, as well as slowing to try and get the right track position to pick up a tow.

But Perez - who ultimately won the race from sixth on the grid - was one of the big losers in Q3, struggling to get a good track position. The Mexican put it down to a breach of the gentleman’s agreement between the drivers.

“It was basically that we all went at the same time, and people created gaps, but then other people overtaking, not respecting the gentleman’s agreement,” Perez explained.

“It just made things a bit harder. We didn’t put the lap when it really counted. It’s as simple as that.

“Some drivers can respect that [agreement]. Not all.”

There is currently no official ruling about driver etiquette when starting laps in qualifying, and while Perez said it would be “very hard” to police how drivers acted, he believed it was worth discussing at the next briefing.

“The chaos really starts when people are overtaking towards the end of the lap, and we know that we should just hold position and try to create a gap,” Perez said.

“It’s like a traffic jam. All of a sudden, it just gets worse and worse. It’s been like that for a couple of years. 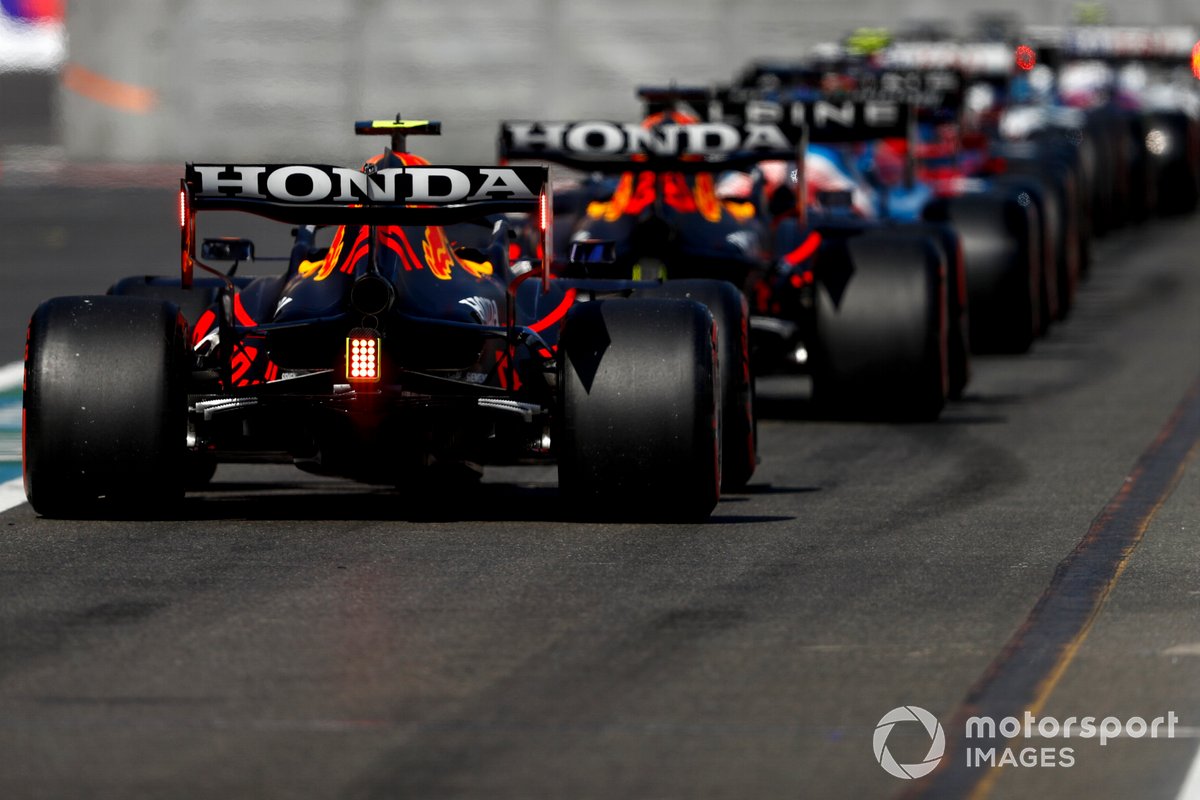 “Maybe it’s something we should discuss as drivers and be more sensible about it, especially when it comes to qualifying, that we should be more respectful and be more conscious that this can create difficulty for other people.

"It definitely is worth a discussion to see how everyone feels about it.

“There are some drivers that do really respect it, and you can really trust. But there are some that you cannot.

“So I think probably, it’s good to bring it back up and discuss it altogether, and see if it’s something that we all feel should happen.”

One of the drivers who faced criticism in the early part of the season for breaking the gentleman’s agreement was Haas rookie Nikita Mazepin, who was seen jumping the qualifying queue in Bahrain.

Mazepin said the agreement was “not working” after receiving a grid penalty in Spain, and said the wider criticism in Baku proved it had to be discussed.

“The situation is very clear for me,” Mazepin said.

“But in that case, I would just like to address all those people who have criticised me and ask [them] to criticise those people [who broke it in Baku] as well. Because if the rules are rules, then they should all be for the same drivers.

“I watched the best in the sport do it today, like Lewis [Hamilton] and like Checo, and yeah, I didn't see much discussion going on there.

“No hard feelings. But, you know, let's choose a route which we would like to go down in F1.”