Sergio Perez has called the appearance of a crane on the track early in the Formula 1 Japanese GP “the lowest thing I’ve seen in years.”

The safety car was called out after Carlos Sainz lost control and crashed on the first lap, and the crane – and at least one marshal – were on the circuit when the safety car led the field through the next time round, prior to a red flag before the end of that lap.

The presence of the crane only became apparent to the world at large after Pierre Gasly, who pitted for a new nose and was trying to catch the queue, passed by the crane.

Onboard video from his AlphaTauri, complete with his angry reaction on the radio, soon began to circulate on social media during the red flag break.

“In any conditions which should never see a crane on track while the cars are out there,” said Perez. “You do not really know what can happen there.

"It doesn't matter [about] the conditions; it should just never happen and I really hope that this is the last time we get to see in any category the recovery vehicles on track while there are cars out there.

“I think the first time, when we were on laps to the grid, the track was looking alright, even for inters, but I think it picked up before the race start and especially, I think, during the first lap it picked up even more.

“So yeah, I think in that regard it was right to stop the race, to start the race at the times we did, but what is really low and was the lowest thing I've seen in years was two crane vehicles out there.”

Meanwhile several drivers said that couldn’t see the crane even when running slowly behind the safety car. 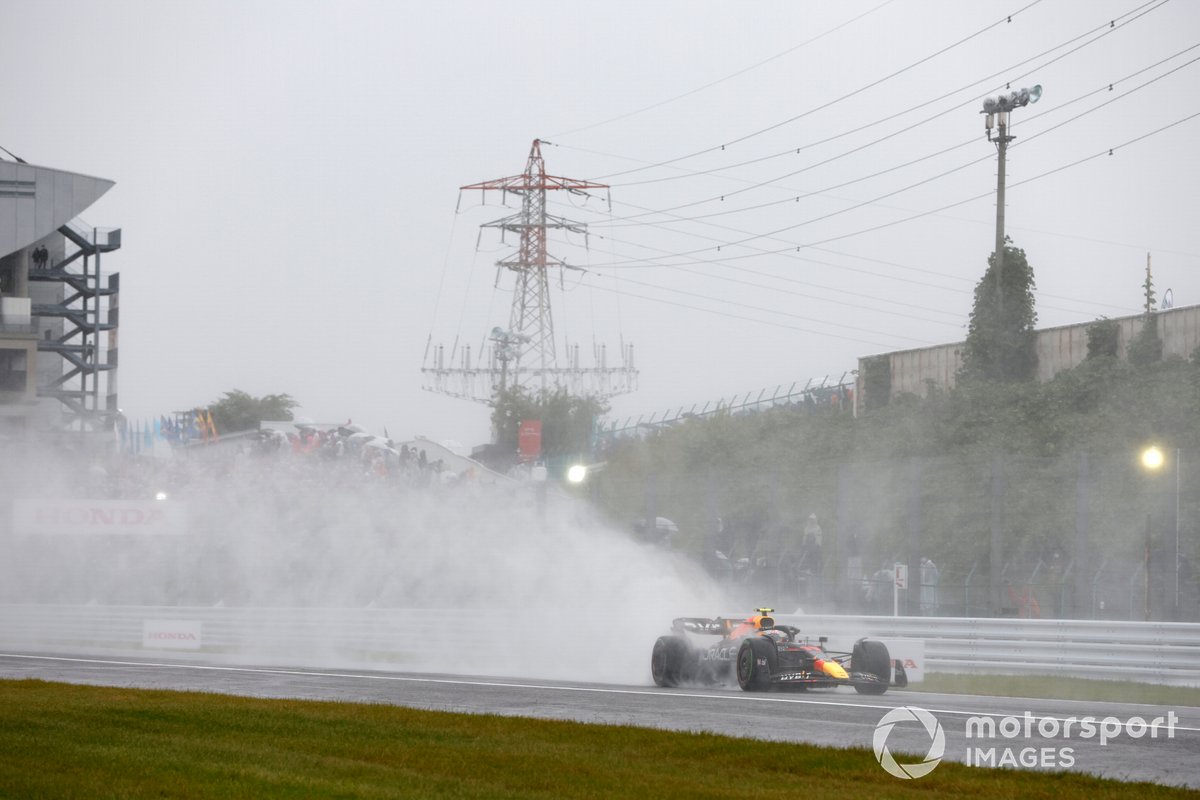 For some who were checking their phones during the red flag break this was the first time that they became aware that they had passed by the crane, prompting a round of WhatsApp communications between them.

Their admissions give an indication of just how poor visibility was at the time, especially for those running further back in the pack, putting a further spotlight on the decision to send the vehicle onto a live track in such conditions.

Fernando Alonso, who was running in sixth place, admitted that he hadn’t seen either the crane or the crashing car of Sainz on the previous lap.

“I still don’t know where Carlos was,” he explained when asked about the visibility by Autosport.

McLaren’s Daniel Ricciardo, who was eighth in the queue, was another who failed to see the crane.

“I want to say I saw it after the fact,” he admitted. “But I didn’t even see it. I saw replays when I got back to the box, and I was like, ‘Ah, maybe I think I saw it, but no, even that, you struggle to see.”

Others who conceded that they hadn’t seen the crane included Lance Stroll and Zhou Guanyu.